The Overlord of the Wa Traditional Area, Wa Naa Fuseini Seidu Pelpuo IV, has asked the government to compensate all persons brutalised by armed soldiers in Wa over a missing phone.

Additionally, Wa Naa Fuseini Seidu Pelpuo IV has asked the government to ensure that all military personnel involved in the act are punished to deter others from doing the same.

“The events of yesterday [Thursday, 1 July 2021] constitute a breach of the mutual trust and respect we had for each other, and the only damage reparation we can accept is if the men dragging the reputation of the noble profession of the military into disrepute are fished out and appropriately punished without delay, nothing less.”

“We also expect a form of compensation packages for those who suffered serious atrocities in their hands,” the overlord said in a speech read on his behalf by his spokesperson Naa Kadiri Abubakari.

The overlord made this demand when officials from the Ghana Armed Forces (GAF) paid a courtesy call on him to formally apologise for the brutalities meted out to his people by the military and deliberate on the way forward.

The traditional leader told the Military High Command that the incident led to some residents losing their properties, including a young man who lost his tricycle after being subjected to beatings.

Despite the loss of properties and injury caused to residents through the military brutalities in the area, Wa Naa Fuseini Seidu Pelpuo IV implored the youth, in particular, to remain calm and be self-restrained to avert any chaos.

“I wish to call on the peace-loving and good people of the Wala Traditional Area and the Upper West Region not to allow the extreme, provocative action of a misguided few of our men in uniform to push them to take the law into their hands. We are above this,” he said. 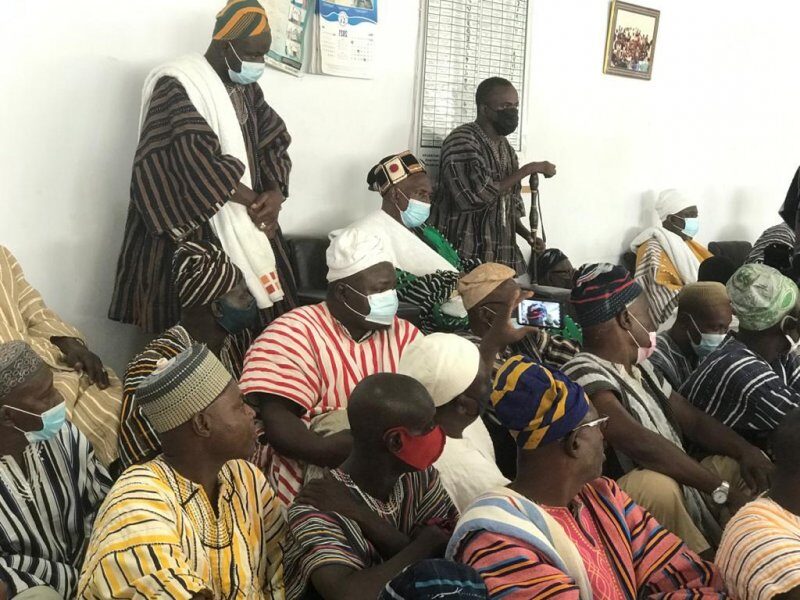 The Chief of Army Staff, Major General Thomas Oppong-Peprah, the leader of the delegation, rendered an unqualified apology to the overlord and his subjects on behalf of GAF.

“It took all of us by surprise last night when we saw the video of people in military uniforms on the streets of Wa challenging civilians, and after thorough investigations, we got to know that they were part of soldiers from the very unit that we have set up over here to protect civilians,” he said.

Major General Oppong-Peprah continued: “So, without wasting time at all, the military High Command met, and the decision was taken immediately for me to come here to apologise for what happened and to tell you that all those involved in this act will be brought to book.”

He emphasised that all personnel in the Armed Forces are subject to the Military Code of Discipline. As such, they will apply the appropriate sanctions against all found culpable in engaging in the act.

“Again, I want to reassure you that we wouldn’t let this single occurrence mar our relationship at all,” Major General Oppong- Peprah assured.

Meanwhile, the First Deputy Speaker of Parliament, Joseph Osei Owusu, has directed the Parliamentary Select Committee on Defence and Interior to investigate the matter.

Members of Parliament (MPs), most of whom were clad in red bands on Friday, discussed the matter and demanded a parliamentary probe to ensure the culprits are brought to book.

Following their deliberations, the Parliamentary Select Committee on Defence and Interior was tasked to investigate the issue and present its findings in four weeks.

Speaking in Parliament, the Defence Minister, Dominic Nitiwul, attributed the incident to a few bad nuts in the Force and pledged to leave no stone unturned until all the military personnel who carried out such heinous acts are sanctioned.

“If we sweep matters under the carpet, it can create a bigger problem for us, so Mr Speaker, I don’t have a problem if we decide to do that, but we have already instituted these kinds of measures.”

On the victims of the brutality, Mr Nitiwul said, “we have identified the people who have been hurt, and we will take care of them as well.”

Some residents of Wa on Thursday, July 30, 2021, were assaulted by some military personnel, leading to injuries that saw two individuals being admitted to the Wa Municipal Hospital for treatment.

A group of military men were captured on camera, brutalizing civilians on the streets without any provocation.

The assault by the soldiers is said to have been triggered by the theft of a mobile phone supposedly belonging to one of the military officers.