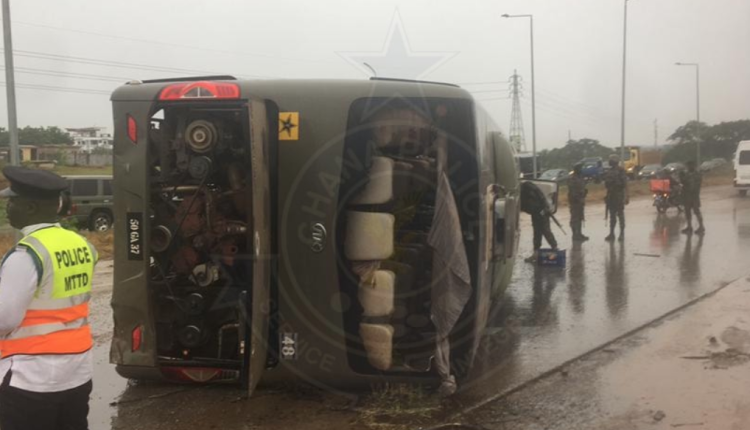 An Accra-bound military bus carrying some soldiers has been involved in an accident between the Adjei- Kojo and Tema Abattoir stretch of the Accra-Tema Motorway.

According to an update from the police, Motor Transport and Traffic Directorate (MTTD) personnel are at the scene of the accident to manage traffic flow.

The Road Safety Management Services Limited is also at the scene to recover and tow the rolled-over bus to allow for the flow of traffic. 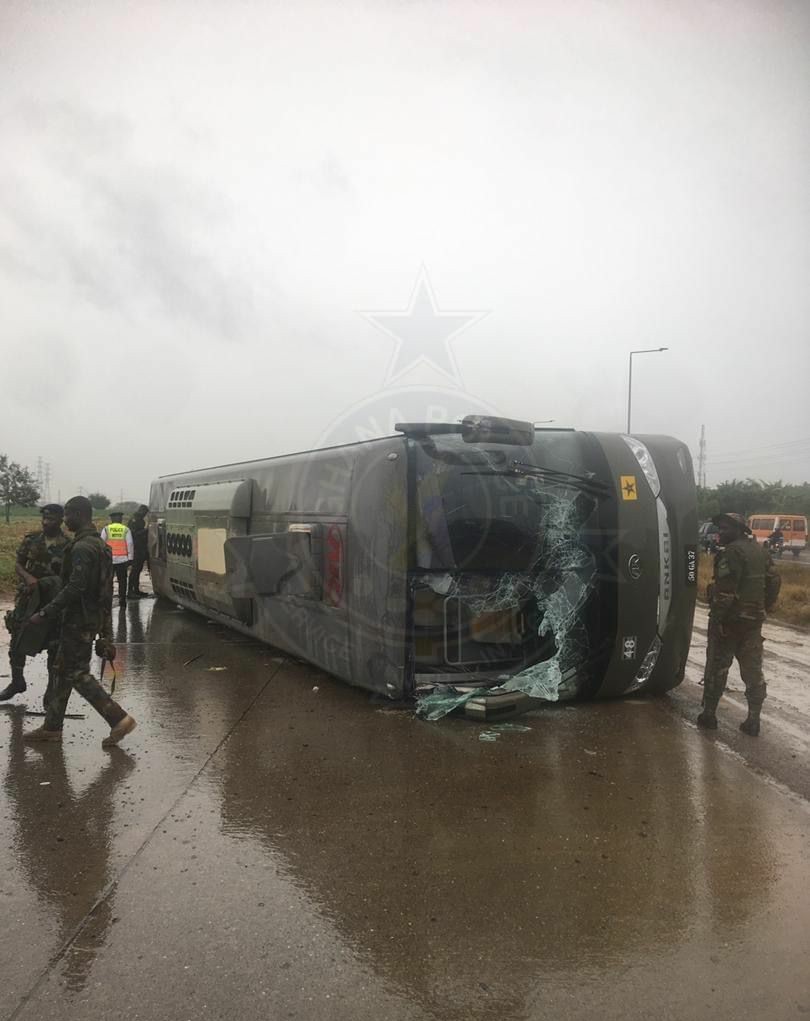