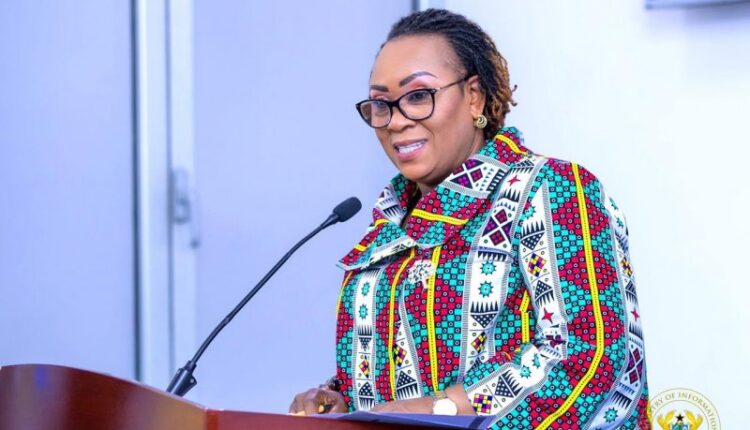 Government, through the Ministry of Fisheries and Aquaculture Development, supported over 75,000 people along the coastal communities with food items during the closed fishing season.

The intervention was to reduce the effects of the closed season on the livelihoods of fisherfolks and promote compliance.
Mrs Mavis Hawa Koomson, the Sector Minister, who announced this during the Minister’s briefing in Accra on Sunday, said 15,000 bags of rice and 6,250 cartons of cooking oil were distributed to over 75,000 people along the coastal communities.
The Ministry also distributed approved fishing nets to some fishermen in the Volta and Central regions.
The closed season occurred from July 1 to August 312021 which covered Artisanal and Inshore fleets and Industrial fleets to ensure the fishes rejuvenated and grew into maturity.
Mrs Koomson also announced that the government was acquiring four patrol boats to help the security agencies guard the marine life and ward off fisherfolks who overexploited the country’s sea waters.
The four patrol boats would be deployed in each of the four coastal regions namely; Central, Greater Accra, Volta and Western regions.
This would facilitate frequent inspection at sea, offshore and for prompt response to detecting infringements at the VMS centres, the Minister stated.
She also explained that the acquisition of the boats would also accelerate the fight against piracy on the West African coast.
The Minister said a research vessel would be procured soon to aid a scientific analysis of marine life.
“Research vessels are important means through which the condition and change in marine ecosystems and marine fish stock can be assessed to define allowable catch quantities,” she added.
She believed the procurement of a research vessel would help bridge the current gap within the “fisheries sector’s ability to obtain marine data to support effective management of marine.
On washing of dead fishes ashore in April this year, Mrs Koomson said the Water Assessment Examination conducted by the Fisheries Commission revealed that the fishes in Osu died because of low oxygen concentration in their tissues.
That condition in the seawater caused stress to the fishes leading to their death.
Additionally, the dolphins that were washed ashore in Accra, and Brewire-Akyenim in the Nzema East of the Western Region died because of drastic temperature change and sonar disturbance leading to trauma, dehydration and suffocation under the collapse of their weight.
She said those factors were natural and could therefore not be prevented.