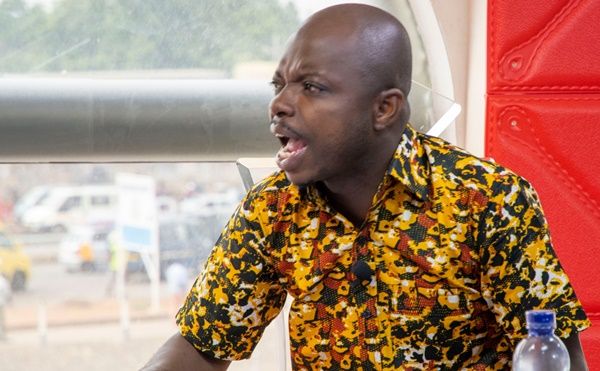 Member of Parliament for Juaboso who also doubles as the Ranking Member of Parliament’s Health Committee, Kwabena Mintah Akandoh has filed a defamation suit against the Bono regional chairman of the governing New Patriotic Party Kwame, Baffoe Abronye.

The suit is in relation to a comment he allegedly made on Accra based radio station Oman FM, which sought to suggest that the MP had attempted to extort money from the Health Minister Kwaku Agyemang Manu in order to truncate the investigation into the botched Sputnik V contract.

The Juaboso MP who was part of the adhoc Parliamentary Committee which investigated the deal is also praying the court to restrain the defendants and allied agents from publishing any defamatory comments against his persona in future.

Outspoken Bono Regional Chairman of the NPP Kwame Abronye is reported to have made the claim on Oman FM on a show hosted by Kwabena kwakye.

Kwabena Mintah Akandoh states in the writ that his reputation as a leading member of the NDC and a Member of Parliament for Juaboso has been injured, hence his resort to the court for redress.

“A declaration that the Plaintiff’s reputation has been injured by reason of the false, malicious, unjustifiable and reckless defamatory statement uttered by the 1st Defendant and further published by Oman 107.1 FM, promoted and sponsored by the 2nd Defendant.

“An order of the Honourable Court directed at the Defendants to publish an unqualified retraction and an apology on Oman 107.1 FM with the same prominence the defamatory words received within 7 days after the judgment”.

The suit is also demanding an “An order of the Honourable Court for perpetual injunction restraining the Defendants, their agents, assigns and servants from further publishing any defamatory words against the Plaintiff.

Meanwhile the Minority in Parliament is again raising an alarm over the procurement of Johnson and Johnson vaccines by government at an amount of GHS109 million without Parliamentary and cabinet approval.

Ranking Member on the Health Committee, Kwabena Mintah Akandoh, insists the agreement covering the payment and supply was not brought to Parliament under Article 181(5) of the Constitution for approval.