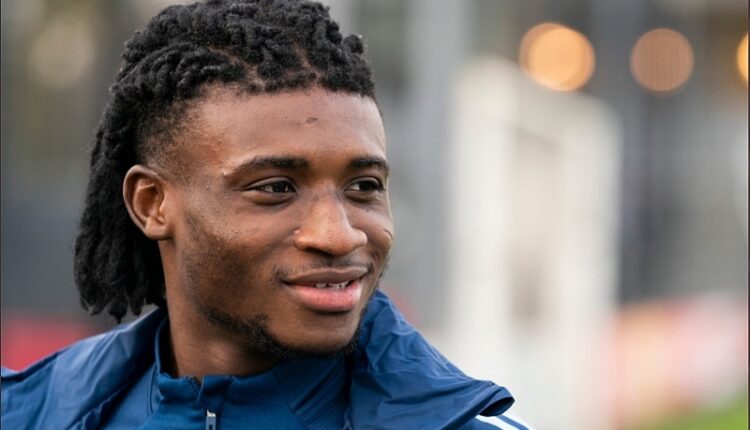 Ghanaian football prospect Mohammed Kudus has returned to training with Ajax Amsterdam teammates more than a month after his injury.

The 20-year-old suffered a meniscus injury in his UEFA Champions League debuts against Liverpool on October 21.

He was expected to be out for a while. Fortunately, he has rejoined the team in training and could make a return soon.

The club announced the good news on social media.

Mohammed Kudus could then be available for todays clash against Utrecht in the KNVB Cup.

Ajax posted images of him training with the rest of their squad on their official Twitter handle.

Did you guys miss him? pic.twitter.com/and5tOc7Va

Kudus has a goal and provided three assists in four competitive appearances.