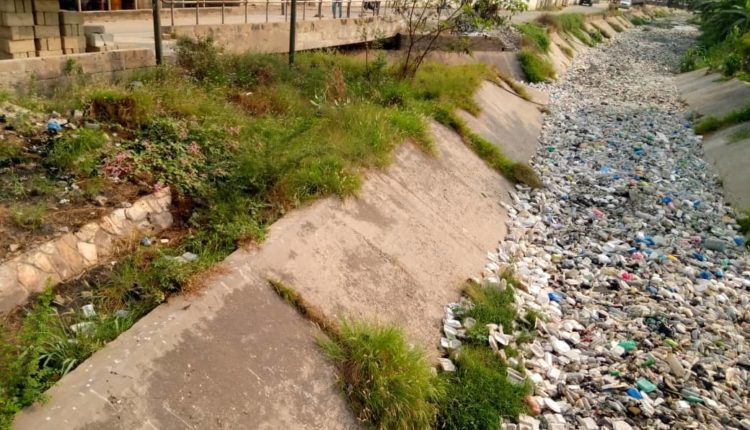 Whether it is the Odaw or the storm drain near the Paloma Hotel at Kokomlemle in Accra, the drains are clogged with plastic waste.

President Akufo-Addo in April 2017 announced that Accra will become the cleanest city in Africa by the time the sun sets on his first term.

But he has been widely criticised for doing little to show that the promise will be fulfilled.

To probably discard the notion, the President last year announced a partnership with GPAP, a public-private platform, focused on tackling plastic pollution.

As part of the partnership, Ghana’s Ministry of Environment, Science, Technology and Innovation (MESTI) is to develop a national roadmap for sustainably managing and reducing plastic waste while boosting economic growth.

MESTI has developed a National Plastic Management Policy (NPAP) that aims to transform plastics management throughout the value chain.

The policy was to support the public, private and civil society sectors to transition to a circular plastics economy that reshapes the way the country produces, uses and re-uses plastics.

One would have thought with such a ‘well-drafted fine‘ roadmap, and partnership, the plastic waste quagmire would be a thing of the past.

But that doesn’t seem to be the case as most parts of the country are still filled with heaps and heaps of plastic waste.

On the Ring Road in Accra, the long stretch of the drain, near the Paloma Hotel,  leaves much to be desired. In place of the clean water are bottles, take away packs, cans and pure water sachets, among others.

Apart from the terrible sight, the mess also assaults the nose with a stench comparable to that of a refuse bin.

“With this partnership, Ghana is taking a historic step forward in its environmental stewardship, sustainable growth, and vision for the future,” the President had indicated.

But it appears the roadmap looks good on paper but on the ground, the menace is far from over. 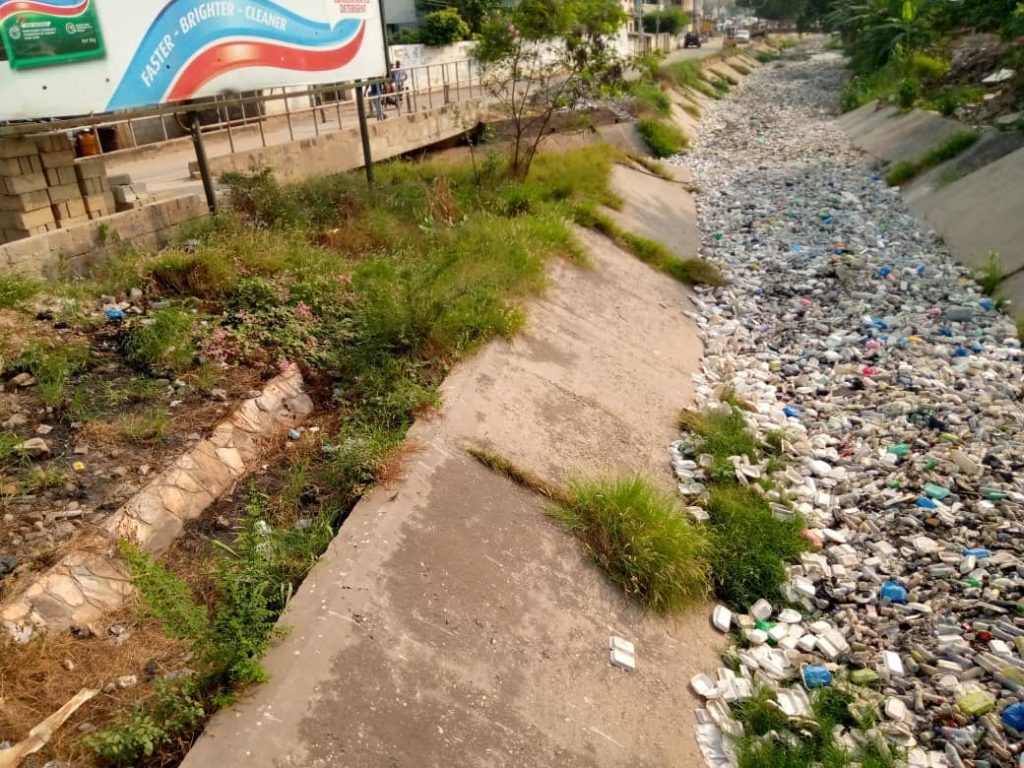 As much as we may want to forget the June 3, 2015 incident that marked a black day in the history of this country, some may argue that sanitation played a critical role in it.

If the drains were properly covered and there was a free passage of water, the rain may not have turned into a devastating fire and flood catastrophe.

The June 3 flood was attributed to blockages in Accra’s main storm drains, resulting from the non-desilting of the drains, as well as the building of settlements and habitations of squatters in the storm drains.

One way or the other, we are all guilty or partly to blame for this canker.

There is, however, another side to the story. As much critics may want to devalue the creation of the Sanitation Ministry, the problem lies with us…”Our attitude,” says Madam Dapaah.

The Minister Sanitation and Water Resources, Cecilia Abena Dapaah has joined the lot who think sanitation has more to do with sanitation.

Abena Dapaah is calling for attitudinal change from the entire citizenry to help promote good sanitation in our homes, communities, and the country at large.

At a press conference at the Information Ministry in Accra on Tuesday, December 3, 2019, Mrs. Abena Dapaah called on the general public to have an attitudinal change to help in the fight against poor sanitary conditions.

Based on reports, one will wait for rains and just drop trash in the drains thinking the drain is will take it away without thinking of where it will leave it.

While many appear to be advocating for a change in attitude, some countries think a ban on plastic would solve this problem.

Single-use plastic: China to ban bags and other items

Well, Ghana is yet to take a stance on the ban on plastic waste.