More than 1,800 prisoners escape in Nigeria

More than 1,800 inmates have escaped from a prison in Nigeria after it was attacked by gunmen, officials say.

The attackers reportedly entered the prison yard in the south-eastern town of Owerri by using explosives to blast the administrative block.

Six prisoners have reportedly returned, while 35 refused to escape.

Police have accused the banned separatist group, the Indigenous People of Biafra, of carrying out the attack. It has reportedly denied involvement.

The Nigerian Correctional Service has confirmed that 1,844 inmates escaped from the jail in Imo state.

Heavily armed men stormed the Owerri Custodial Centre in the early hours of Monday, after arriving in pickup trucks and buses, the service said. 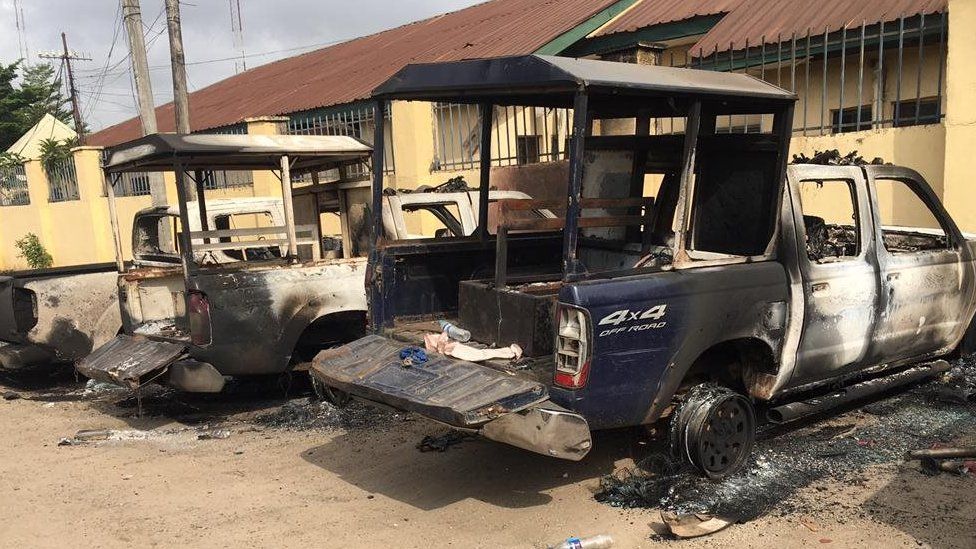 President Muhammadu Buhari called the attack an “act of terrorism” carried out by “anarchists”. He called upon security forces to capture the attackers and the escaped prisoners.

A spokesman for the Indigenous People of Biafra separatist movement told the AFP news agency that accusations it was behind Monday’s attack were “lies”.

Imo state has long been a breeding ground for separatist groups, while relations between the central government and indigenous Igbo population are strained.

Since January several police stations and vehicles across south-eastern Nigeria have been attacked and large amounts of ammunition stolen.

No-one has claimed responsibility for the attacks.