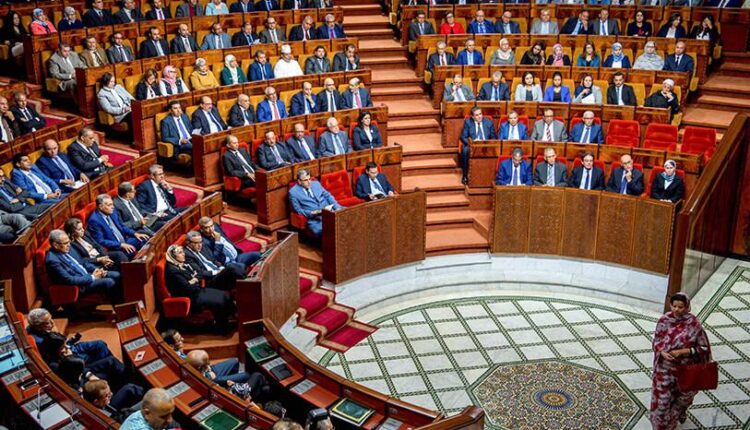 This announcement was made in a statement of the two chambers of the Moroccan Parliament, read by the Speaker of the House of Representatives, Rachid Talbi Alami at the end of a joint meeting co-chaired with the Speaker of the House of Councillors, Enaam Mayara, which was marked by the speeches of the presidents and representatives of the various parliamentary groupings, and parliamentarians without political affiliation.

Morocco, is a pillar of stability, good neighborliness and understanding between peoples, civilizations and cultures, added the statement. Parliament of the Kingdom of Morocco, with all its political components and organs, strongly condemned the attempt to harm Morocco’s interests and smear its image, and the distinguished and long-standing relations between Morocco and the European Union that are based on common values and principles, as well as mutual benefits.

The statement underlined that the 60-year-old Moroccan Parliament guarantees rights and freedoms and the means for their full exercise. It exercises legislative power, votes on laws, monitors government work and evaluates public policies, including the fundamental rights and freedoms stipulated in the Kingdom’s 2011 Constitution, mainly the protection and advancement of human rights and their contribution to their development while taking into account the universal nature and their indivisibility of those rights.

The Moroccan Parliament is a key player in many regional and international parliamentary, organizations and enjoys membership within these entities, adding that no partner organization has ever transcended its competencies, dared to attack a friendly country and its institutions, or interfered in its internal affairs. This is because Morocco is committed to respecting sovereignty and fostering mutual institutional trust.

It promotes discussion on issues such as combating terrorism, defending peace and democracy, immigration, human rights, environment, and the integration of Youth in development, equality between men and women, etc,” the statement recalled.

The Moroccan Parliament said, it rejects politicization of cases falling within the criminal judiciary authority, and in respect of which judicial rulings have been issued on charges that are not at all related to any journalistic activity or the exercise of freedom of opinion and expression.

These cases, according to the statement, are rather related to crimes such as human trafficking, sexual assault and exploitation of persons’ vulnerability, acts that are punishable by the laws of different countries in the world.

In this regard, the Moroccan parliament stresses the need to respect the sanctity and independence of the Moroccan judiciary, which has always been keen to provide the conditions and requirements for a fair trial.

The Moroccan Parliament considers that the European Parliament’s resolution jeopardizes the capital of trust and cooperation between the Moroccan and European parliaments and the progress accumulated over decades of joint work, at a time when we were all looking forward to new and promising horizons in relations.

In this sense, the Moroccan Parliament calls upon the European political forces….. to reject any deliberate confusion between human rights that are protected in Morocco by the constitution, laws and institutions on the one hand, and the victimhood claims advanced by some parties on the other hand.