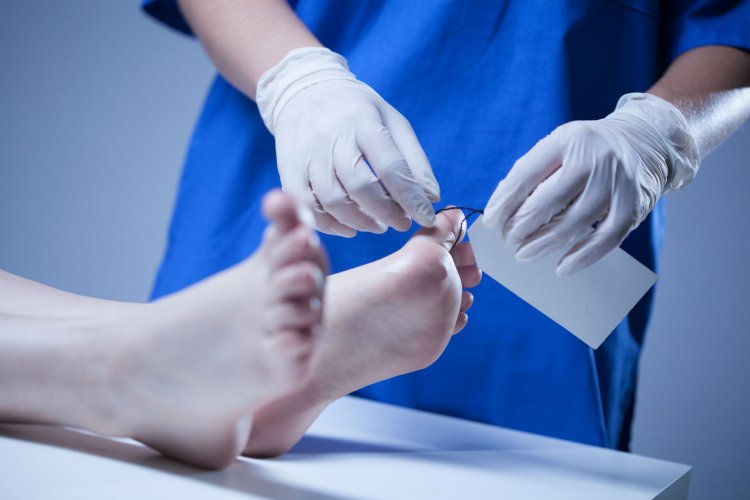 The Mortuary Workers Association of Ghana (MOWAG) says they will embark on a strike if their complaints submitted to the Health Ministry does not receive any fruitful outcomes by November 19.

The Association says its members have been working more than the required eight hours without being allowed to take their annual vacation.

A statement signed by General Secretary of the Association, Richard Kofi Jordan, also stated there is no provision for universal medical checkups for workers among many other illegalities they want the government to correct.

He told Joy News they have sent many proposals regarding their problem in October 2017 and subsequently in June and September 2018 to the Ministry of Health but have not received any response.

“We do not expect the government to solve all our problems at a go because some can take months before they can be fixed,” he noted.

Meanwhile, Joy News’ sources from the Ministry of Health has said the ministry is prepared to meet with the association and help resolve their problem.

The ministry confirmed that MOWAG had sent their grievances to them [Health Ministry] which a source said they are committed to fixing.

The Ministry stated some of the demands of the workers take a long time to implement and that has contributed to the delay in solving the problems.

The source said the Ministry of Health has scheduled a meeting with MOWAG on Wednesday, November 12.

Mr. Jordan, however, says the Association will withdraw all services on November 20 if there is no fruitful response from government.

Below is the full statement:

MORTUARY WORKERS ASSOCIATION OF GHANA TO EMBARK ON STRIKE

It is regrettable that our concerns should have reached this apex such that we have no alternative than to resort to a nationwide industrial action that is envisaged will bring a profound result.

You may wish to note that the following series of complaints per the proposals submitted upon the request of the Ministry of Health, no fruitful responses and outcomes were received.

1. Many of the Mortuary Workers are denied perpetual their annual leave in violation of section 20 of Act 651.

2. Most Mortuary Workers work more than the required 8 hours including Saturdays and Sundays in violation of section 33 of Act 651.

3. Most have been employed as casual and temporary workers in violation of section 74 and 75 of Act 651, which does not guarantee job security especially in the environment in which they work.

4. In terms of remuneration, it is unfortunate to state that Mortuary workers are treated as most unrecognized in the sector and for that matter, least paid on the salary structure of Ministry of Health with no single allowance.

5. Many of the Mortuary facilities are understaffed, no maintenance which compromises on health and safety rules of the sector making the workers unnecessary to suffer in silence.

6. In terms of their Personal Protective Equipment (PPE), some have to struggle to get them to use making the working conditions at some facilities undesirable.

7. There is no provision for universal medical checkups plan in violation of sections 118 of Act 651.

8. No overtime is paid which is in violation of section 35.

9. They are not paid for public holidays in violation of section 72 of Act 651.

10. They work on weekends on which are resting days by law which will amount to overtime but are not paid.

In summary, these are some irregularities or illegalities being perpetrated against this class of workers by the Health Ministry and its agencies with impunity.

It is, therefore, surprising that the Ministry of Health does not see these infringements on the rights of the Ghanaian Mortuary worker and is reluctant to resolving them. Hence our resort to an industrial action (STRIKE) starting from Tuesday, 20th November 2018.

Total withdrawal of all services until we are convinced that our concerns presented to the Ministry of Health are fully addressed.

Meanwhile, we wish to take this opportunity to sympathize with the public who will be inconvenient in this trying times.

We also wish to state clearly that any intimidation or attempt from any agency, department or institution under Ministry of Health to any Mortuary Worker in the country will be met with equal force during the period of our strike.