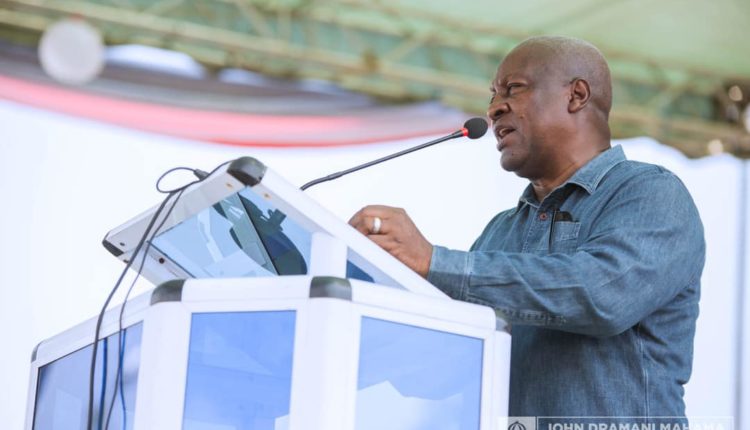 Most leaders are struck by ‘arrogance of power’ syndrome – Mahama

The Flagbearer of the opposition National Democratic Congress (NDC), John Dramani Mahama, has stated categorically that most leaders after being elected into office are struck with the ‘Arrogance of power’ syndrome.

According to the former President who led the country from 2013 to 2017, some leaders after being elected into office tend to easily forget where they came from, what mandate was given to them by the electorates.

These actions, Mr Mahama said showed a lack of commitment and patriotism on the part of leaders, arguing that it accounts for the lack of faith in the entire system.

He made these observations at the 31st December Revolution commemoration in Winneba Lorry Park on Tuesday.

“Leaders lack modesty and humility in public office. When one has been appointed into public office, they feel an entitlement, a right and in the end they do not serve at the pleasure of the people of Ghana, ” he further argued.

He further noted that most leaders waste resources when voted into office and this according to him creates a system of loot and share.

The December 31 coup led by the then Flt Lt J.J. Rawlings overthrew the Limann administration over allegations of corruption.

Although considered one of the bloodiest periods in the country’s history, its advocates say it ushered in a period of economic and political transformation that culminated in the re-establishment of lasting constitutional rule in 1992.

With pressure on the military administration to hand over power to a civilian administration, the revolution also gave birth to the National Democratic Congress which won elections in 1992 and 1996 under the leadership of Rawlings.