A motor rider instantly lost his life after a road crash at Awoshie in the Ga Central Municipality involving eight vehicles, with several others injured.

The accident occurred at about 8:00 am on Thursday, October 22, when a KIA Rhino truck with registration number GX 903- 15 suspected to have failed its breaks run into several vehicles at a traffic light close to the CBG Bank on the Awoshie – Ablekuma road, close to the Anyaa Market.

The truck was moving from Anyaa NIC towards Baah Yard at a top speed and could not brake to a stop as it descended the gentle slope.

Several vehicles had stopped to obey the traffic light ahead, and the KIA truck unable to apply his brakes rammed into the stationary vehicles on its path.

The operations commander, Motor Transport and Traffic Directorate (MTTD) of the Anyaa district, Hanson Adu, confirmed the death of the rider.

Superintendent Adu said “the motorbike rider has expired; he is dead”, he told theghanareport.com. 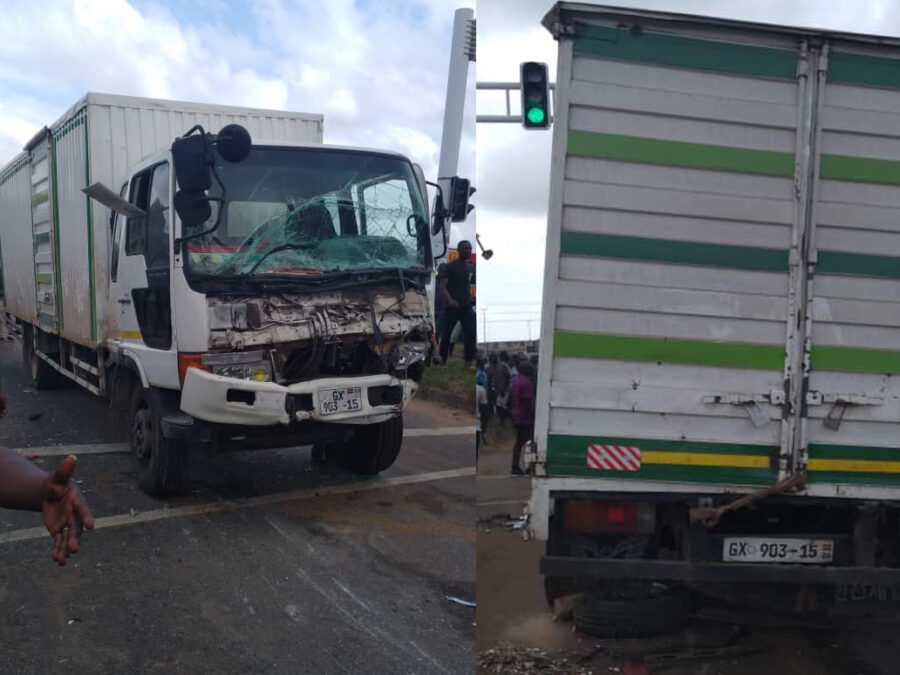 At least seven people sustained various degrees of injury and had to be rushed to nearby health facilities.

Assemblymember for Anyaa West, Michael Acquah, also confirmed that when he got to the scene “I found one person dead”.

“There were scratches” on his body with portions of his skin ripped off. There were several patches of bloodstains along the road.

He added that at least seven people were badly wounded. Some had head injuries and others broken arms and concussions. 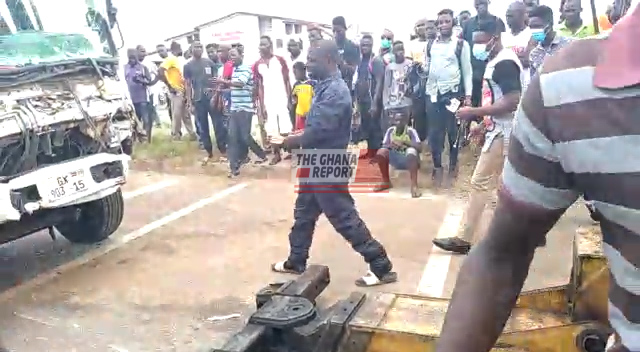 One of the cars had about three family members with “all of them seriously injured, with blood oozing from the nose” of one person.

Rev Charles Ntim, a safety advocate for the National Road Safety Authority (NRSA), who shared his observations also added the driver of the KIA truck tried to alert the other drivers ahead by shouting for them to move to the side of the road but to no avail.

One of the drivers, however, alighted and took to his heels to save his life, leaving his car in the middle of the road.

The accident caused heavy vehicular traffic at the scene with cars spending up to an hour on that stretch due to the blocked road. 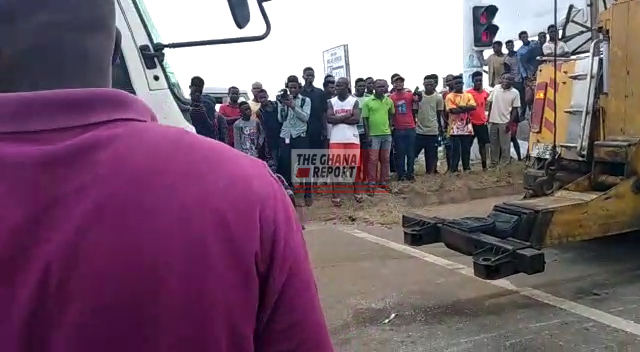 At the time of theghanareport.com’s visit to the scene, there were towing vehicles clearing the damaged cars to ease traffic congestion on that stretch of the road.

The highway is noted for several accidents prompting authorities to increase the number of traffic lights on that busy road.

The accident occurred at about 8:00 am when a truck, with registration number GT 6554-19, drove at top speed from Ablekuma heading towards Baah Yard.

An Okada rider was seriously wounded in that accident as well.

Residents along the stretch had embarked a demonstration barely two months ago in August to compel authorities to fix the broken down traffic lights at the Mangoase side of the highway. 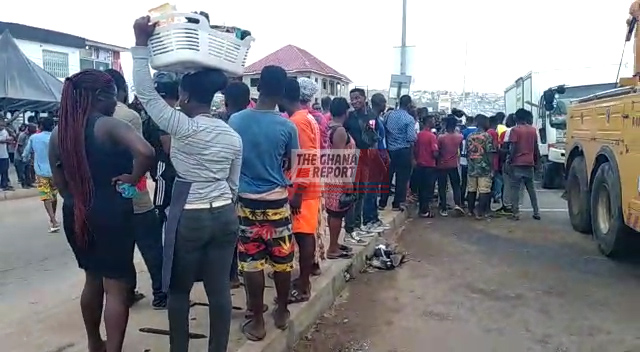 This was after a 29-year-old resident, Thomas Nyamavoh, was hit and killed by a moving vehicle due to a malfunctioned traffic light.

Before his death, it was reported that several knock-downs had led to the death of many residents, including children who attended the McCarthy Hill Basic School located along the highway.