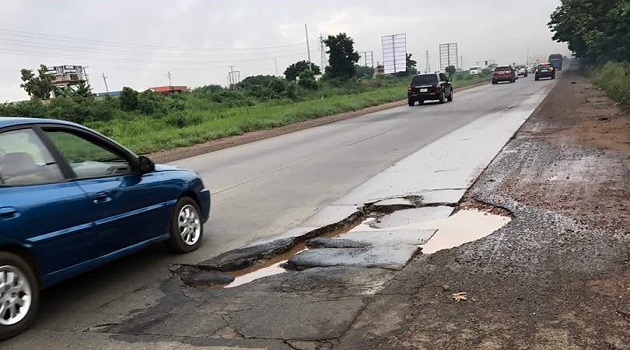 Commuters and drivers who ply the Accra-Tema Motorway have refused to pay tolls over concerns of the deplorable nature of the road.

Drivers have engaged in protests, campaigning for the non-payment of tolls until the potholes are filled, and roads fixed, saying the state of the 19km road poses danger to them especially at night.

A driver said “I decided not to pay the tolls because they are refusing to fix the potholes which have turned into a death trap on the motorway. So, this is what it is.”

However, deputy ranking member of the Roads and Transport committee of Parliament Yussif Djadja has said that motorists’ decision not to pay tolls is not the right way to go.

Speaking on the Midday News Thursday, he said “it’s good for them to raise awareness that the road is in a bad state and government would have to come to their aid by trying to put the road to a good shape. One danger that we seek to pose as far as this thing is concerned is that when the road is in that state, anything could happen.”

He said “for me what I think is that we need to get authorities quickly to fix the road. Now that it has come to our attention, we going to have a meeting as a committee, but specifically not on this issue, on a different issue. Having heard this now, I’ll have to mention it in the meeting for us to see what kind of steps we will have to take.”

He added “our chairman and the ranking member will give us the direction whether to call the minister before the house to put the question before him or if we can call the minister directly to bring this to his attention.

“In all it is a situation that should be of worry to all of us but for users of the road to say they won’t pay the toll, personally I don’t think that is the right way to go.”