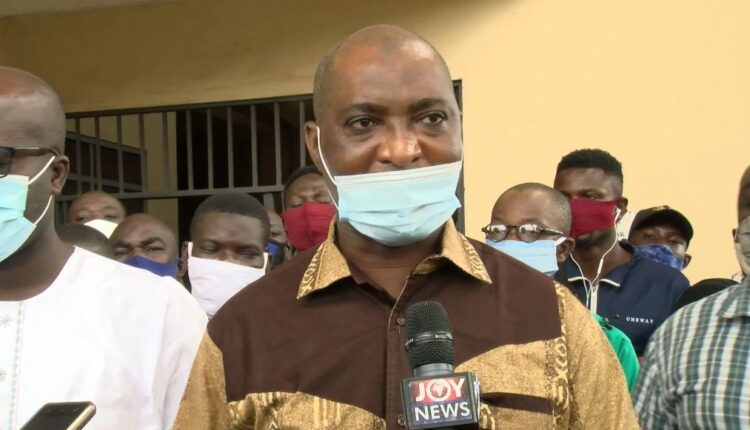 The Member of Parliament for Asawase Constituency in the Ashanti region and the minority chief whip, Alhaji Mohammed Muntaka Mubarak is demanding immediate reform of the anti – robbery unit of the Ghana Police service.

His calls follow last Saturday’s arrest of 10 supporters of the NDC who were reportedly picked up while seated close his constituency office in the Ashanti Region.

The member of Parliament for Asawase at a press conference at Aboabo post office urged the Interior minister and the Inspector General of Police to as a matter of urgency take steps to reform the operations of the Anti-robbery unit of the Ghana police service.

According to him, the Anti-robbery unit of the service have on countless occasions misconducted themselves in the line of duty by intimidating and abusing the rights of suspects.

Alhaji Mohammed Muntaka Mubarak noted that the arrest and intimidations by the police against members of the NDC in the Asawase Constituency are being influenced by some operatives within the ruling NPP.

He then called on the police to remain professional and not allow themselves to be used by politicians wrongly.

He also urged the youth within the constituency to be law abiding and shun acts which has the tendency of landing them into trouble with the law.