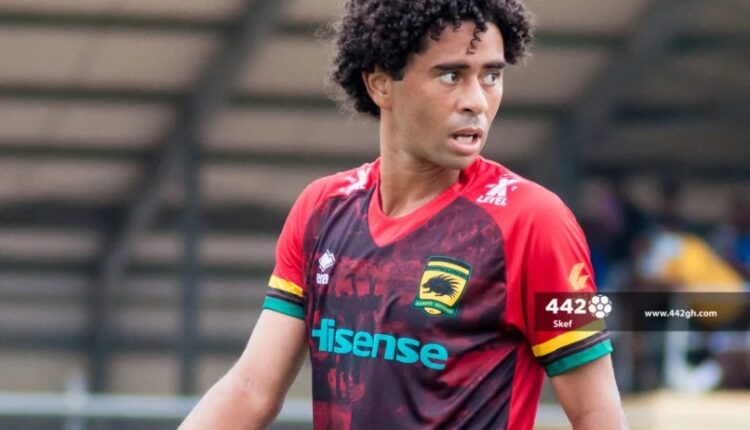 Asante Kotoko head coach Prosper Narteh Ogum has announced his starting lineup for their 2021/22 FA Cup round of 64 fixture against King Faisal.

The lineup for the game to be played this afternoon at the Baba Yara Stadium saw some key players of the Porcupine Warriors dropped ahead of the crucial derby.

The season has already seen a clash between the two.

The ‘Insha Allah’ boys walked away with a 3-2 win over Kotoko in the Ghana Premier League, Kotoko’s only defeat this season.

The Porcupine Warriors will undoubtedly go into the game with a preoccupation to seek revenge on their city rivals, King Faisal, and a ticket to the next round of the competition.

However, most of their key players like Patrick Asmah, Imoro Ibrahim, Christopher Nettey and captain of the side Ismail Abdul-Ganiyu are out of the clash.

Asante Kotoko gaffer, Dr Prosper Narteh Ogum, will have to count on the likes of Augustine Oppong, Charles Owusu, Mubarik Yussif, Emmanuel Kayekeh, Stephen Amankona, Joseph Amoako, Clinton Opoku and other fringe players as they wrestle for qualification in the MTN FA Cup competition this afternoon.