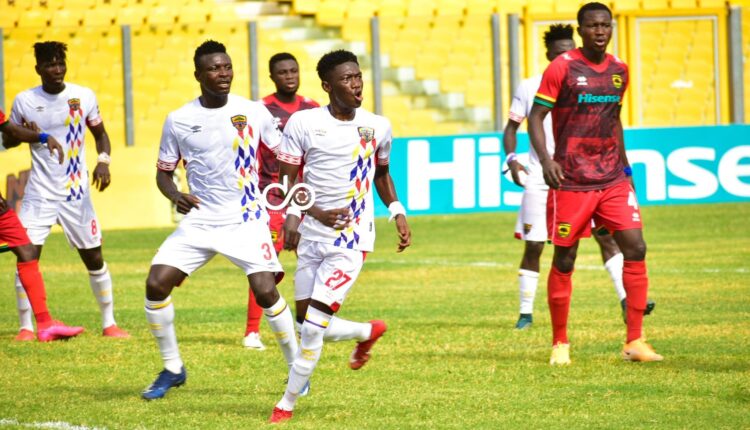 The quarter-final pairings for the 2020/2021 MTN FA CUP have been announced with some interesting fixtures and an opportunity for another Super Clash final this season between both Hearts of Oak and Asante Kotoko.

The paths of Hearts and Kotoko are on either side of the pairings, making a mouthwatering final possible.

Defending champions Asante Kotoko will be hoping to advance to the next stage when they host fellow Premier League opponents Berekum Chelsea at the Len Clay Stadium in Obuasi.

The 2020/21 Premier League champions Hearts of Oak will travel to Elmina to face relegation-threatened Elmina Sharks.

The semi-final stage of the competition will see the winner of Ashgold and Top Talent clash will play either Asante Kotoko or Chelsea whiles the winner of Elmina Shark and Hearts of Oak game take on either Medeama or Attram de Visser.

The quarterfinal matches will be played on the 24th and 25th of July with semi-final encounters scheduled for July 31 and August 1.

The two semi-final games will, however, take place at the Cape Coast Stadium.

Find the full draw below: