The draw for the MTN FA Cup Round of 32  was held on Thursday.

The 32 teams comprised eleven (11) Premier League clubs, twelve (12) Division One clubs and nine (9) Division Two teams who progressed from the Round of 64 stage.

Fans will witness some interesting local derbies as former champions Asante Kotoko have been drawn against Division Two side Thunderbolt FC.

However, the biggest clash in this round will be the Western derby that will see premier league clubs Karela and Medeama battle out for a spot in the round 16.

Here are the full pairings for the Round of 32: 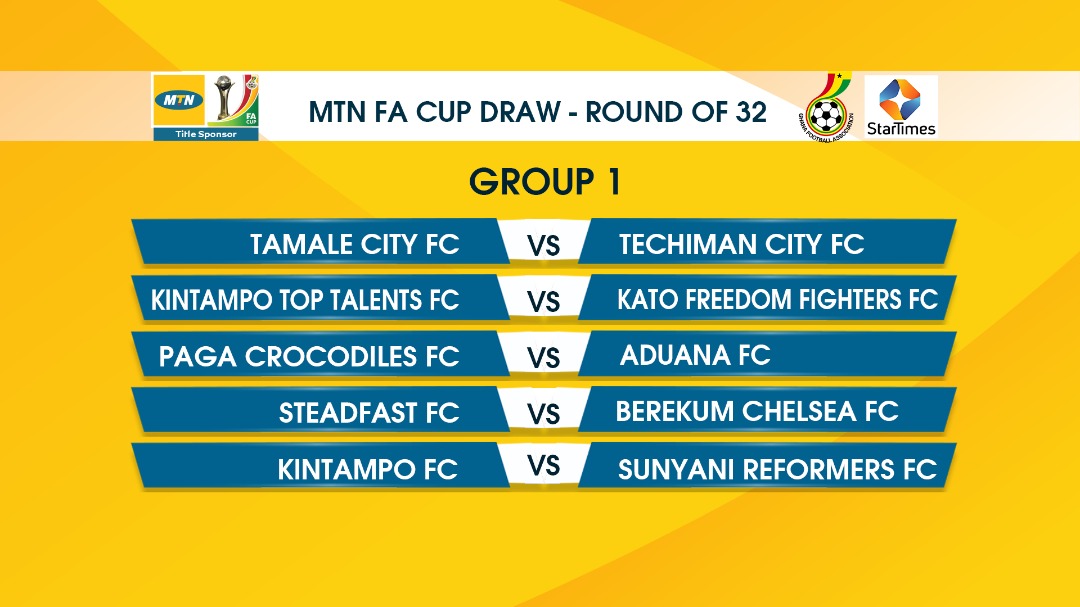 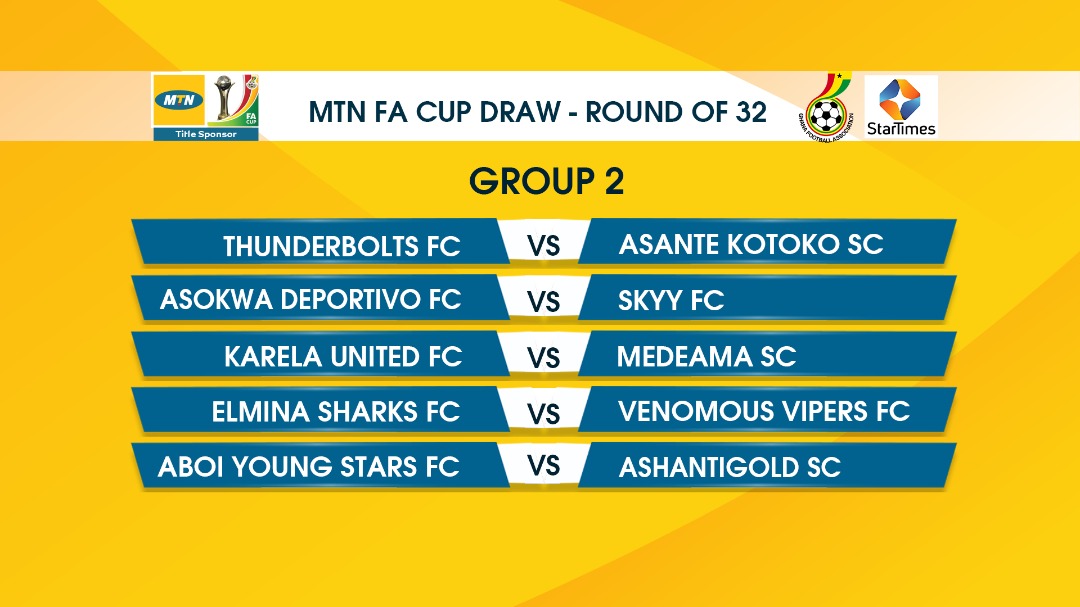 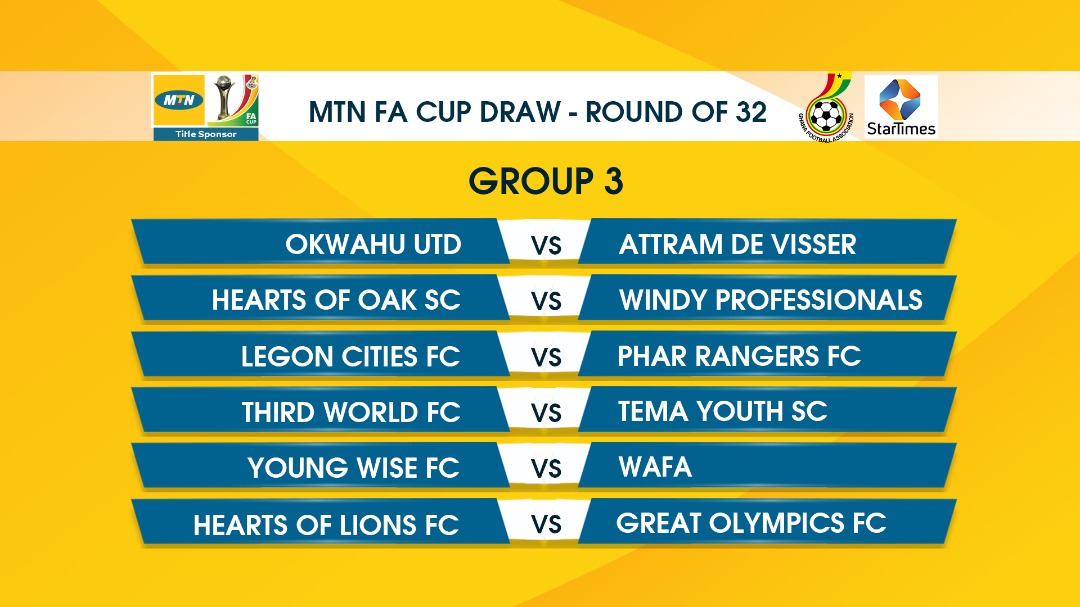