These were the last words of Rosemond Alade Brown, also known as Akuapem Poloo as a judge sentenced her to 90 days in jail for posting nude photos of herself and her son.

The court imprisoned her for three charges, including publication of obscene material.

All the pleas of Akuapem Poloo and her lawyers fell on deaf ears.

Akuapem Poloo knelt with one hand behind her and the other begging for mercy as the judge got up to exit the court.

But the wailing of the 31-year-old mother-of-one did not have any impact as the unshaken judge, Christiana Cann, walked gracefully to her chambers.

Ten minutes after the judge left, she sat still in the chair allocated to every accused person who comes to the Circuit Court 5.

She appeared to be in shock till the court clerks asked her to move from there.

She continued weeping as she engaged her lawyer Andrew Cudjoe Vortier on the next line of action available to them.

Her lawyer tried to console her and raise her hopes by saying the team would file for an appeal.

But nothing soothing could calm Akuapem Poloo.

Shortly, she was whisked away accompanied by police officers to start her new chapter in prison. 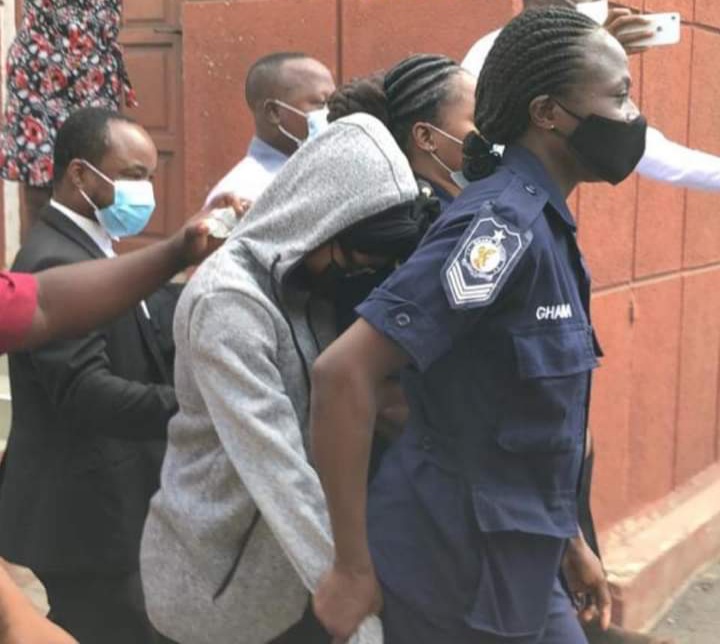 She also said she considered the fact that the accused Akuapem Poloo was a first time offender and again a single parent.

In April 2014, a 24-year-old labourer was sentenced to two months’ imprisonment by the Circuit Court in Accra for posting his ex-girlfriend’s nude pictures on Facebook, a social media platform.

David Dickson Donkoh is said to have embarked on the act after his ex-girlfriend had terminated their one-year-old relationship.

In his bid to show his powers, Donkoh posted the complainant’s nude pictures on Facebook, after he had asked her to rescind her decision but to no avail.

He was charged with causing emotional, verbal and psychological abuse to the victim, to which he pleaded guilty and the court, presided over by Sedina Agbemeva, convicted him on his own plea.

In July 2019, the Odumase Krobo Circuit Court in the Eastern region, presided over by F.Y. Gbeddy, jailed a 29-year-old man, Prince Teye, three years for circulating a nude photograph of his ex-girlfriend on social media.

The accused person was sentenced to three years with hard labour by the court on the charge of extortion.