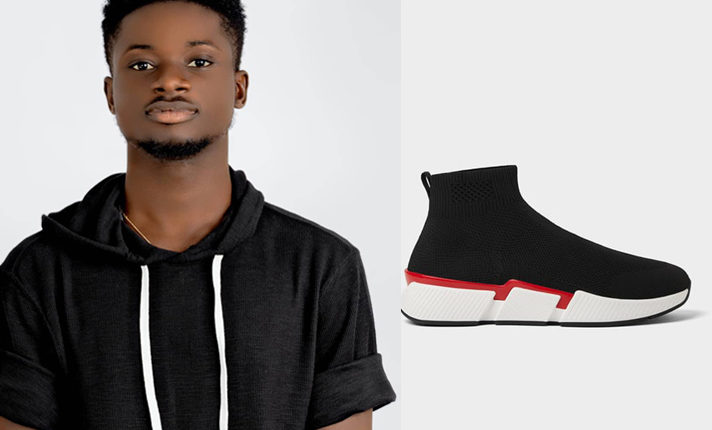 Highlife artiste Kuami Eugene says he was only joking when he said his new Zara shoes cost $700.

Speaking in an interview, the singer said he knew the video was not going to get the attention he wanted if he stated the actual price of the shoe hence.

He received backlash on social media with some social media subscribers challenging his claims saying Zara shoes could not cost as much as $100.

“I mean I know googling the price of the shoe is just a text away, but the fact that I’m playing and people actually think, we can use this to pin him down…” Kuami Eugene noted.

He expressed shock at the rate at which his joke traveled as against all items he had always shared across his social media platforms.

According to the ‘Angela’ hit maker, veteran musician Rex Omar recorded a video of himself singing Kuami Eugene’s song which he thought should have made the news.

Unfortunately, the price of his Zara shoes received the most attention, causing him to trend for weeks.

“Even my video got some bloggers together because bloggers were commenting under each others post and everyone wanted to put their tag on it so that it looks like they caught me first in a lie,” he added.

The ‘Obiaato’ singer said the Ghanaian’s obsession with negative news has created the unfavorable condition where young acts will have to indulge in just anything to trend.

“If a new actress/singer wants to emerge [make waves] she has to do a 30 minutes naked video on Instagram to get attention because when she showcases her talent you won’t listen to it,” he lamented.

R. Kelly given 30 years in jail for sex abuse