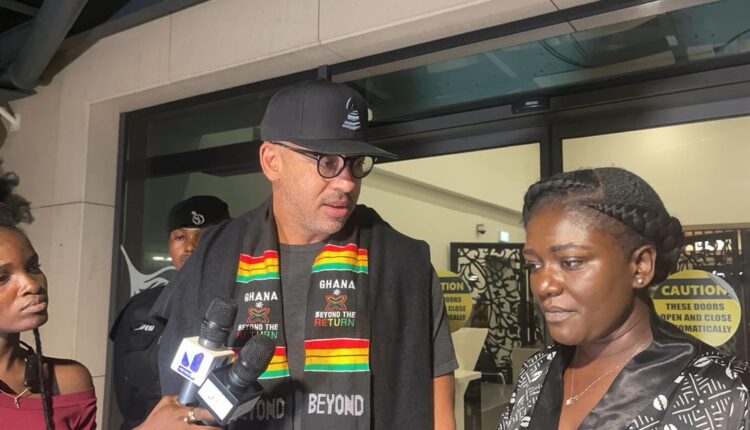 My Goal Is To Present All Genres Of Music – Grammy CEO

The Chief Executive Officer (CEO) of the Recording Academy, organisers of the Grammy Awards, Harvey Mason Jr has disclosed his intention of presenting all genres of music including Afrobeats at the Grammy’s.

He made the disclosure in a meet the press session at the Kotoka International Airport when he touched down on September 25 for the 13th edition of the Grow, Unite, Build Africa (GUBA) Awards, slated for September 29, 2022, at the Kigali Convention Centre in Rwanda.

According to him, as the CEO of the Recording Academy, he always took decisions in consultation with the academy based on the submission of proposals.

Harvey Mason who was met by the CEO of GUBA Awards, Dentaa Amoateng said whatever he presented had to be top notch since he did not decide it all by himself.

“The categories are decided by members of the awards scheme who look at quality. Whatever comes in is voted on after carefully accessing it,” he said.

In the meantime, Harvey Mason will be meeting some stakeholders in the Ghana music industry tonight to discuss the way forward for the sector and other related matters.

The meeting, he pointed out will afford him the opportunity to learn more about Ghana’s music business including its royalty system among many other relevant conversations focused on the growth of the entertainment industry.