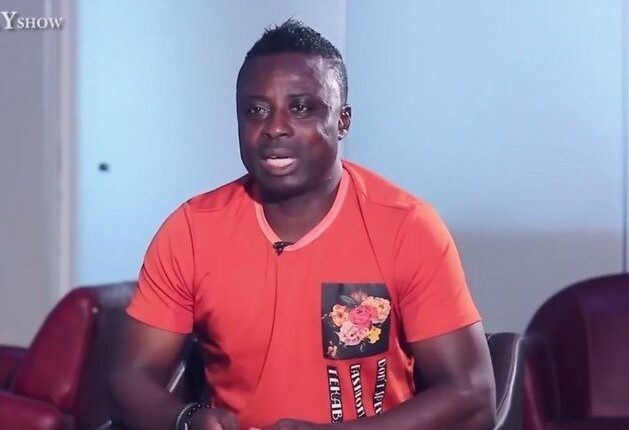 Former Hearts of Oak and Asante Kotoko attacker Charles “the Terror” Taylor has stated that while playing for the CHAN team now known as the Black Galaxies it got to a point his leg was nearly amputated.

This nearly happened because he was given injections several times before he goes to play for the team. According to Taylor, his leg changed color to red and bad things started happening to his leg.

He added that when he stopped playing football nobody came to him to ask him about his leg and if it is getting better. Taylor also said he wasn’t happy with the response of an FA president when he meet him.

“Yeah (the was metal in my leg) this is what contributed to me quitting football fast. Because when I play football run a little I will see that my leg has swollen. When I was going to the CHAN my leg was not healed the pains was more. That is why when we were playing the CHAN every match I was given an injection so that I can play,” he said on Ernest Brew Smith TV monitored by Footballghana.com

“They injected the place I had surgery so that I can’t feel the pain and when I finish playing I couldn’t sleep. Sometimes it pains me they have really hurt me that is what they did to me. We didn’t get any significant money from CHAN and what pains me more our President and Fred Pappoe are all witnesses to the fact that they beg me to be injected so that I play,”

“In our last match I wouldn’t lift my leg so I and Yaw Yeboah…Liberty player we were the only two to receive injections that day. This is what affected me more (several injections) I was in the house and I saw that my leg has changed color to red the place I was injected. That only spot is red that is were I lost a lot of things because I thought my leg…there was a hole in my leg. When I sat down bad substances came out of it. All this happened to me and I didn’t see any official visiting me or calling me to ask how is your leg,”

“One time I met Nyantakyi somewhere near my house he saw me I was the one who stopped him. That time I was holding clutches he just asked how is your leg he did not even say get this and buy para. I was sitting in a car with my wife who toke me to the hospital and on our way back we stopped and i went down to meet him so that was what he asked,”