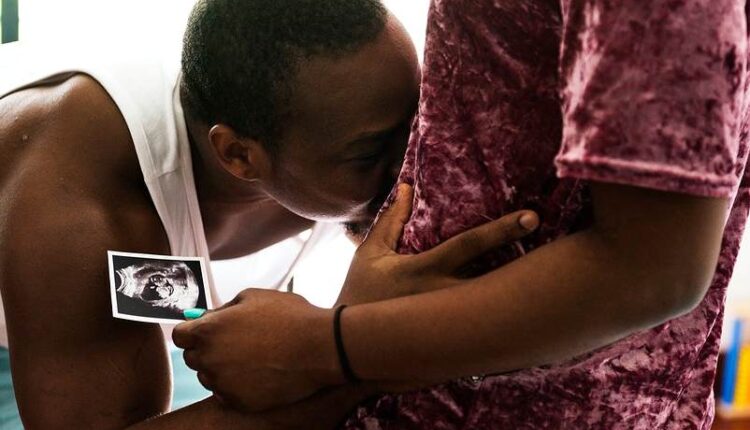 Two years before we got married, my girlfriend got a transfer to Accra. She was given only two weeks to prepare and move to Accra.

Our relationship had grown to a point where the two of us had come to terms that we were going to get married. The transfer came out of nowhere to distract our plans.

There was nothing we could do but put resources together to get accommodation for her. Getting a place for her in Accra wasn’t easy. I had to take two weeks’ leave from work, come to Accra with her to look for accommodation.

After too many agents had squandered our money without success, we were finally shown a place where there was a vacant room. When we entered, we met a gentleman who gave us the number of the landlord and showed us where to find him. We got the landlord, agreed on the terms and conditions with him, paid the rent, and went back to pack to Accra.

Two days later, we came back to Accra with our belongings. We got to the house around 11 pm. Again, we met that same gentleman and he helped us unpacked.

I stayed with her, cleaned the room, unpacked her belongings, and arranged them in the room the way she wanted them. I spent three days with her before going back home. I was that guy who lived with his girlfriend in the same town and saw each other every now and then, traveled together, and did so many interesting things together on weekends. All of a sudden, I’d become that guy whose girlfriend lives elsewhere. I didn’t get the time to practice how to be in a distant relationship.

There are things we don’t have control over so I accepted the situation and thought of how to make things better. Every Friday after work, I will pack my things and rush to Accra to be with her. We never had a crack in our relationship or even had a fight once since she left for Accra. If anything, it was the distance that strengthened our relationship. I found myself missing her presence every day. We stayed on phone each night and talked about how our days went.

A year after she moved to Accra, we got married. After marriage, I was determined not to live apart from her so I started looking for a job in Accra. We got married in October 2018. In June 2019, I got a job in Accra. I told her, “I don’t think the two of us can live in that single room so we should look for another place.” We got a two-bedroom apartment closer to where she works but not too far from where I work so we settled on that and moved to this new location.

For all the times that we were living apart, I didn’t feel the essence of our marriage. I called us weekend couples until we were able to live together.

Before the lockdown, my wife crashed the screen of her phone. I sent it for repairs and the repairer told me the screen will cost GHC1,500. I said, “Like I will buy a new phone for her.” He said, “Samsung screens for you. It comes quite expensive.” It didn’t make economic sense to repair the screen so I bought her a new phone and packed the old one in the drawer.

Fast forward to our present life, my wife is seven months pregnant after three good years of trying. I held her like an egg in my palm because of her situation. I went to work one day and my phone got stolen from my bag in the car that I was in. I have a child coming so I had to be frugal with money. I picked my wife’s old phone and sent it for repairs. The price of the screen had dropped so I was able to fix it this time.

That evening when I came home, I sat in front of the TV as I tried putting my sim in the phone and set it up for use. She told me, “Go through my pictures and see if there are any of them I can still keep.” She then went to bed. I decided I will copy all her photos and put them on my laptop for her. I went through her photos and went through her videos. I copied everything to a folder and decided to reset the phone.

Then it clicked. “What if she has other information she would like to keep?” I went through the phone thoroughly to ensure it was safe for a reset. I went through her WhatsApp and something caught my attention. It was the profile photo of the guy who we met the day we went looking for accommodation for her. I asked, “They became friends?” I started reading their chats. It got deeper than I anticipated. I got to know they were best buddies, even to the extent that my wife was cooking and inviting him to come and eat.

Then I saw a photo of them at a place that looked like a restaurant. It was the guy who sent the photo to her with the caption, “See how beautiful you look.” I kept going and going until I started seeing the worms under the eyes of the corpse. There was a photo. Again, it was the guy who sent it. It was the two of them in bed. The guy was wearing a boxer shot and my wife had covered her chest with a bedsheet and smiling at the camera. The message under it read, “I wish we could end up like this forever.”

I kept scrolling. There was a discussion of a pregnancy. My wife said, “Honestly I don’t know who it’s for. It could be you or it could be him.” He said, “I’m sure it is mine because I’m the one with you here.” My wife said, “Yeah I’m tempted to believe that but this will destroy everything if we don’t solve it quickly.” The discussion ended there. What happened to that pregnancy, your guess is as good as mine. I went on and on. At some point, the guy was talking about a nude my wife sent him. That had been deleted because I didn’t see it.”

I’ve gone through a lot of pains in my life but the pain I felt that night can’t be compared to anything. My heartbeat was abnormal until I started walking around to calm it down. I couldn’t think straight and I didn’t know what to do next. I checked the dates. All the messages were from 2018 before we got married. I asked myself, “Why didn’t I get a hint of this? What was I doing and where was I looking that I didn’t get the hint?”

My trust in her had been my downfall. They were old messages but it still hurt like hell. I wanted to keep it to myself until she delivers but I couldn’t. The next morning, I told her calmly, “So you got pregnant for that boy we met in your former house. All the times that I was coming around, you two were making a mockery of my existence. The truth came out, finally.”

She saw the phone in my hands and started shaking. She started crying and apologizing. Her defense was that we were not married then. I said, “We were not married but we were talking of marriage. If that was the case, why didn’t you leave me for him?” She had no answer to any of the questions I asked. I said, “You’re two months away from delivery so I won’t say much. You’ll deliver, I will check if the baby is mine. Whatever the results, you and I are over.”

She had brought her parents to plead on her behalf. Her father came to spend a week with us trying to get us to reconcile but my mind is made up. It hurts me to see the stress she’s going through as she nears her time but I’m also going through a lot that I can’t carry. We sleep in different rooms and live our lives as co-tenants. I cry some nights and wish I didn’t see what I saw but I can’t unsee and unread what I read so my decision still stands.

Exercise At Your Desk

Why You Should Store Metal Jewelry Pieces Separately From One Another