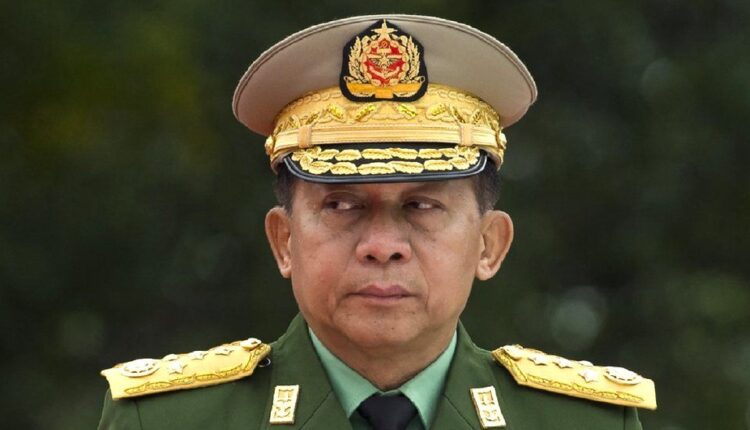 The army general who seized power in Myanmar in February has been excluded from an annual summit of regional leaders later this month.

The Association of South East Asian Nations (Asean) agreed to invite a non-political representative from Myanmar instead of Gen Min Aung Hlaing.

It is a unprecedented move for the 10-member bloc, which traditionally avoids interfering in its members’ affairs.

Myanmar’s military junta said it was “disappointed” with the decision.

Asean said the military had not done enough to end the turmoil in Myanmar.

In August, Gen Min Aung Hlaing named himself prime minister and said the country’s state of emergency would be extended as fighting between the army and militia forces opposed to the military coup continued.

Asean said in a statement that an emergency meeting of its foreign ministers on Friday was unable to reach a consensus on whether the military should represent Myanmar at the summit held between 26-28 October.

The group said Myanmar’s military leaders had refused to fulfil promises of dialogue and de-escalation and said its representative had been banned from meeting the deposed and imprisoned civilian leader, Aung San Suu Kyi.

The statement – issued by Brunei, which is hosting the summit – said the situation in Myanmar “was having an impact on regional security as well as the unity, credibility and centrality of Asean”.

In April, Asean urged Gen Min Aung Hlaing to end the violent crackdown in the country and to release political prisoners.

The BBC’s Jonathan Head in Bangkok says the decision to exclude the general from the summit, which will also be attended by US President Joe Biden and other world leaders, is a significant blow to the military government’s hopes of eventual international recognition.

There have been no indications yet, our correspondent adds, that the military is willing to reduce the use of violence against the opposition and to start negotiating with them.

Asean did not name the Myanmar representative it was inviting to participate in the summit.

“Myanmar is extremely disappointed and strongly objected (to) the outcomes of the emergency foreign ministers meeting, as the discussions and decision on Myanmar’s representation issue was done without consensus and was against the objectives of Asean,” the Myanmar foreign ministry said in a statement.

Demonstrations spread across Myanmar following the February coup. Security forces responded with a brutal crackdown, killing more than 1,000 people and detaining more than 6,000, according to the Assistance Association for Political Prisoners.