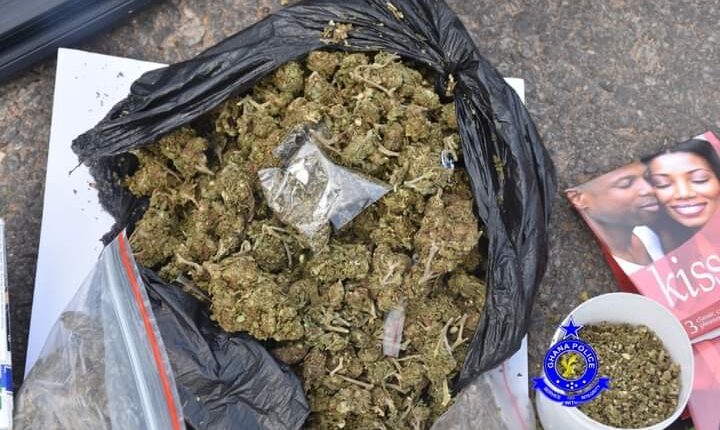 The Narcotics Control Commission has taken over the case in which a truck loaded with 86 sacks of suspected Indian hemp was impounded at Denu market in the Volta Region.

On board the vehicle were two persons who are also in lawful custody.

The National Intelligence Bureau (NIB) on September 8, this year, picked up the accused persons through intelligence gathering and arraigned them.

At today’s sitting, Chief Inspector Richard Amoah, the Prosecutor, informed the court about the takeover.
Chief Inspector Amoah said forensic examination were being conducted and pledged to inform the court on any progress made in the case.

The two accused persons, Rasheed Adamu aka Fatau aka Blackman, a truck conductor and Kweku Amedo, a truck loader, have been charged with conspiracy and unlawful possession of narcotic drugs.
They have pleaded not guilty.

Kweku Isaac, an accomplice, is said to be large.
The accused persons were therefore remanded into lawful custody by the Court presided over by Mrs Rosemary Baah Tosu.
The case of prosecution was that the Adamu and Amedo were residents of Aflao in the Volta Region.

Prosecution said on September 8, 2022, prosecution said at about 1800, the NIB, at 1800 hours, gathered intelligence that a group of individuals were transporting and trading in substances suspected to be narcotics in the Ketu Municipality.

It said the NIB personnel moved to Denu and arrested the accused persons who were hiding in a “Man diesel” vehicle with registration number AE 556-12 loaded with 86 parcels suspected to be Indian hemp at Denu market.
Prosecution said Adamu and Amedo mentioned Kweku Isaac aka Kosi as the owner of the substances and that he (Isaac) contacted them to offload same, but he and his driver bolted during the arrest.

The prosecutor said the vehicle was impounded together with the substances. They are in the custody of the NIB for forensic examination.

Efforts are underway to apprehend other accomplices.