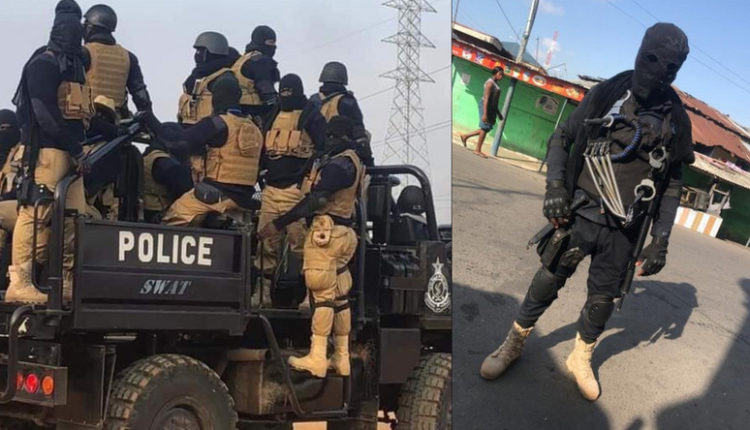 Nana Addo is the mastermind of illegal acts in Ghana -NDC

The  National Democratic Congress (NDC) has alleged that President Nana Addo Dankwa Akufo-Addo is the mastermind and promoter of illegal acts that threaten the core of Ghana’s democracy.

The opposition party says it has pictorial and other pieces of indisputable evidence that confirm that the Akufo-Addo-led administration is currently training thugs at Asutsuare.

The accusation comes in response to a statement from NPP’s Yaw Buabeng Asamoah, asking the general public to disregard the “verbal flames” from NDC’s flagbearer, John Dramani Mahama over the training of thugs.

In response, NDC’s National Communication Officer, Sammy Gyamfi in a statement has reiterated the flagbearer’s pronouncement is nothing but the truth.

He noted that there have been a series of acts of lawlessness under the Akufo-Addo-led administration and with no firm action from the President, it only confirms a clear indication that these party militants are acting with official sanction.

“Right from the assumption of office in 2017, President Akufo-Addo has failed to deal decisively with his party thugs who brutalized innocent Ghanaians in their offices, homes and even court rooms. His posture on the subject of political vigilantism and state-sponsored electoral violence has been one of tacit endorsement from day one,” Sammy Gyamfi argued.

“There is abundant evidence that thugs loyal to him were unleash on his critics within the NPP in the run-up to the 2016 elections and on several occasions, their headquarters became the staging post of bloody clashes. The NDC is therefore appealing to the National Peace Council, Religious leaders and Traditional leaders of Ghana, the Diplomatic Community, the media and the entire Ghanaian populace to call on the President to halt this illegality so as to preserve the peace and stability of our beloved country,” he stated.

Find below the press release from the party 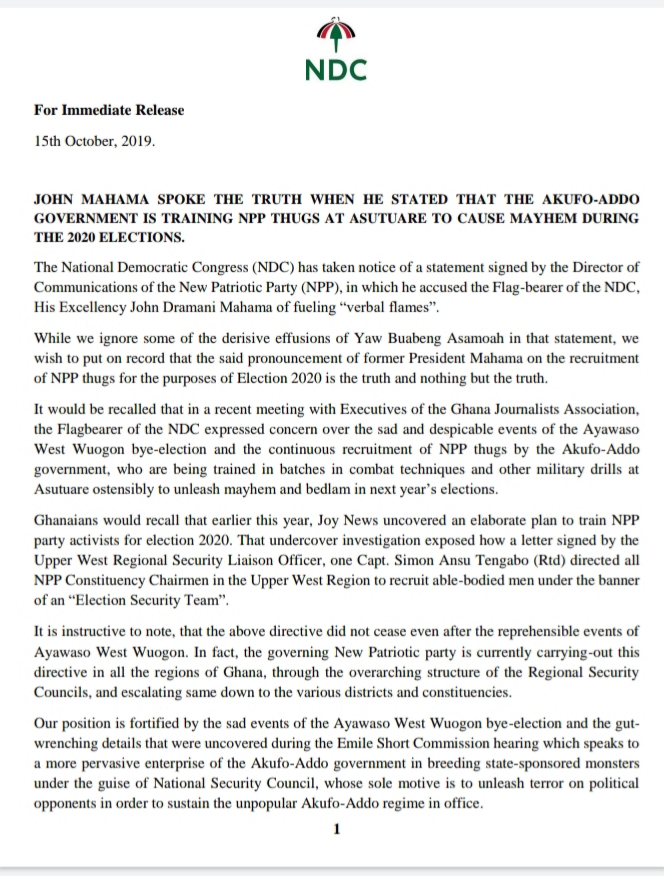 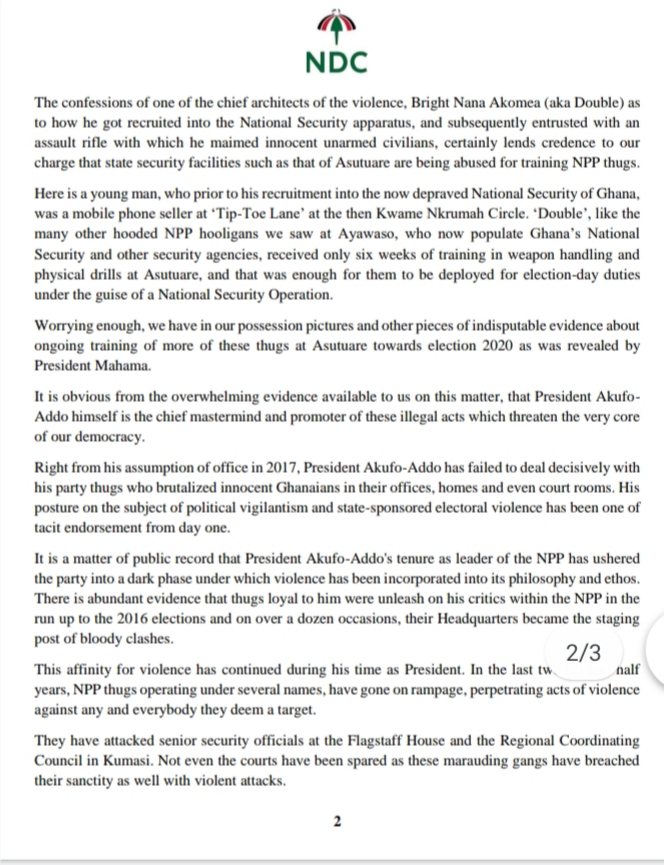 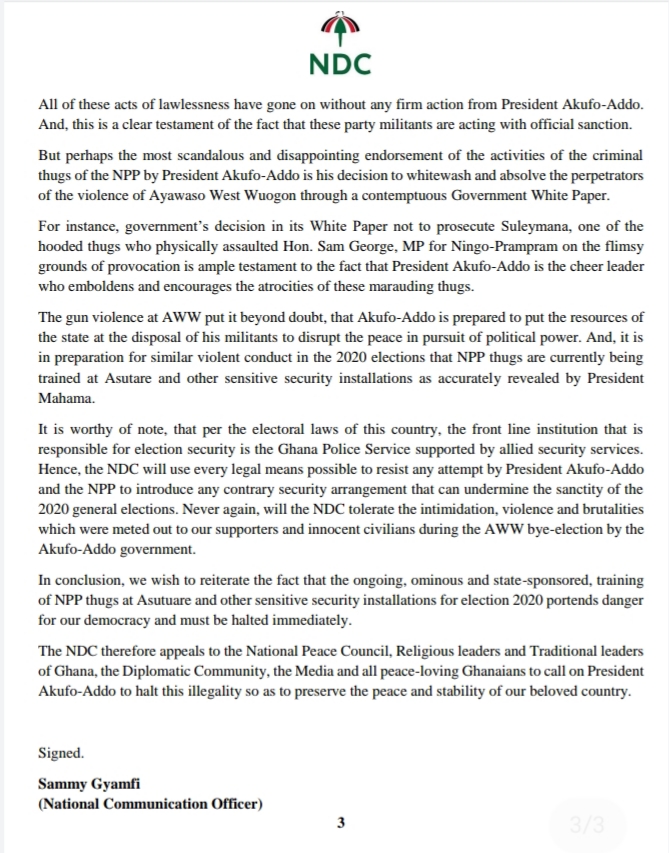