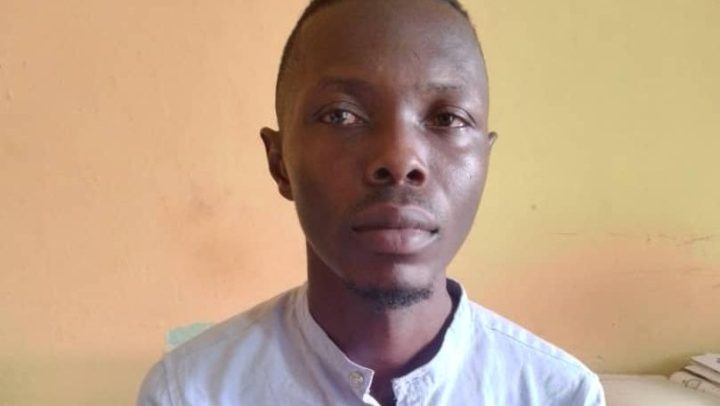 The Manager of the Akatsi branch of Nanatel Limited has been sentenced to eight years imprisonment in hard labour for stealing Ghc234,555.95, contrary to section 124 (1) of the Criminal Offences Act, 1960 (Act 29).

The convict, Isaac Boadi, 31 years old, managed to steal the said amount within six months of assuming office, thus from July to December 2018.

He was found out after the Internal Auditor, Prince Henry Amemor, audited his books as part of the company’s internal due diligence processes.

Isaac was then reported to the Police, was arrested and arraigned before the Sogakope Circuit Court on January 9, 2019.

He was charged with the offence of stealing.

Chief Inspector Dwumah said, the convict assumed office for six months and on December 5, 2018, his books and records were audited. It was then detected that he had embezzled cash to the tune of GHc234,555.95 being sales he made to customers and payments made to him.

He was subsequently handed over to the Police. The convict admitted having embezzled only GHc54,385 out of the amount detected and was given the chance to reconcile the figures with the auditor; following which he concluded that he had embezzled the GHc234,555.95 initially detected.

Police investigation revealed that the convict registered his personal merchant number 0557966220 with the name, “His Gory Enterprise” and gave it out to customers for payment of sales instead of the company’s account.

It was also detected that certain payments were made direct to his personal MTN mobile money account number 0244422098 which he cashed out.

After the necessary reconciliation was done, Isaac Boadi admitted to embezzling the money. He also admitted on the charge sheet that he used the money to undertake soccer bets and bought vehicles through an online platform, Tonaton.com.

He pleaded not guilty to the charge and went through a full trial; following which His Lordship Isaac Addo found him guilty of the offence of stealing. He was accordingly convicted and sentenced to serve a prison term of eight years in Hard Labour.