The party, in a statement signed by General Secretary, Johnson Asiedu Nketia, has described his death as unfortunate, painful, suspicious and worrying.

“The NDC is calling on President Akufo-Addo and the Interior Minister to launch investigations into the murder.”

“We use this opportunity to urge the President to direct the Ministry of Interior to launch a full-scale investigation into the sad death of the Sheikh, apprehend the perpetrators of the dastardly act and offer true justice to his memory and the bereaved family,” excerpts of the statement read.

According to the party, Sheikh’s death goes to deepen the general state of insecurity in the country.

“We demand, as a matter of urgency, that the Akufo-Addo administration takes immediate steps to deal with the growing spate of armed robbery attacks, the rampant cases of murder, and the general state of insecurity in the country. There can neither be progress nor development in Ghana without peace,” it added.

It also used the opportunity to express the party’s sincere sympathy to the Jallo family, the Tijaniyya fraternity and the entire Muslim community.

“The late Sheikh Ali Ahmed Maikano AbulFaili Jallo was a renowned and devoted Muslim cleric who carried himself with dignity and commanded great respect among the Islamic community,” the NDC said.

The late Sheikh Maikano is reported to have met his untimely death on Wednesday, March 17. 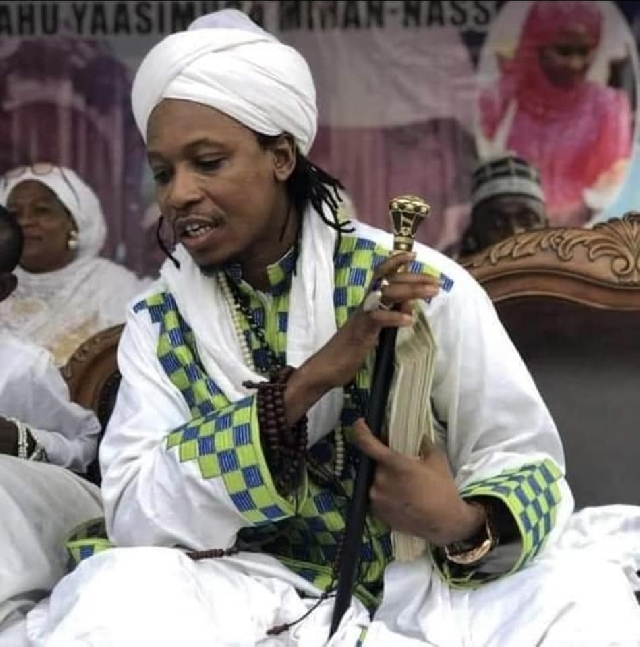 The deceased was reportedly travelling to his home in Prang from Kajegu, where he was a guest speaker for an event but was shot by suspected highway robbers.

The late cleric was the brother of Khalifa Abulfaid Ahmad Abdulai Maikano Jallo, leader of the Jallo fraternity.

Vice-President Dr Mahamudu Bawumia described the deceased as a man of peace who worked for the unity of the Muslim community in the country.

Tributes are still pouring in, according to the party.

Below is the statement: 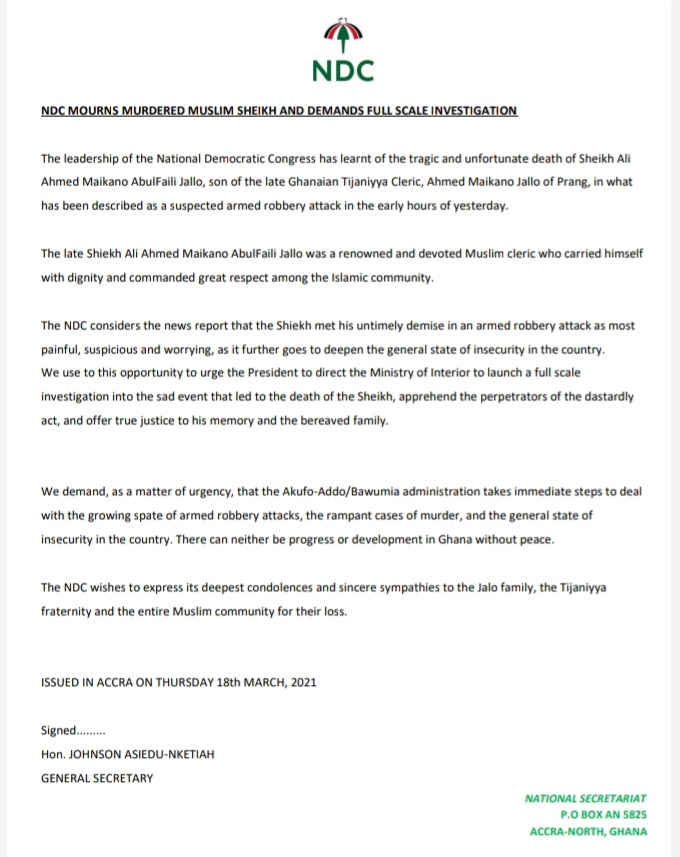