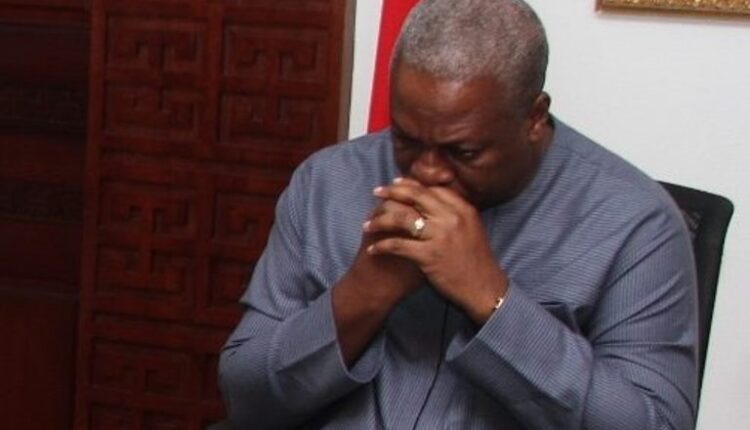 NDC could win 2024 polls with a fresh candidate – EIU predicts

The Economic Intelligence Unit (EIU) has predicted that the opposition National Democratic Congress (NDC) has the greatest chance of winning the 2024 presidential elections if they retire former President John Mahama.

The London-based analysts said that was the only way for the NDC to win the presidential polls come December 2024 despite the eight-year tenure of the New Patriot Party (NPP).

With the latest EIU’s five-year forecast for Ghana released on April 13, a candidate other than John Dramani Mahama will pose a challenge to the NPP party, which is seeking to break the eight-year cycle with respect to Ghana’s elections to stay in power for a third term.

“The next parliamentary and presidential elections are due in 2024. Under constitutionally mandated term limits, the incumbent president, Mr Akufo-Addo, cannot run for a third term. The former president, John Mahama, is reportedly considering running again, but we expect the opposition NDC to try to revitalise its prospects with a fresh candidate,” the report said.

Since the beginning of the Fourth Republic, Ghana’s presidential elections have always swung between the two dominant parties – NPP and NDC – every eight years.

Former President Mahama has failed the NDC on two occasions in a bid to recapture power for the party in 2016 and 2020, respectively.

The opposition NDC is expected to face a fresh candidate from the governing NPP as President Nana Addo Dankwa Akufo-Addo looks forward to a promising retirement.

Providing reasons to butress the prediction, the report suggested that the economic hardships superintended by the governing NPP will play a key role to inform the voter’s choice giving the NDC an upper hand in the polls.

“Our baseline forecast is that ongoing public dissatisfaction with the slow pace of improvements in governance—such as infrastructure development, job creation and easing of corruption—will trigger anti-incumbency factors and push the electorate to seek a change. The NDC, therefore, stands a reasonable chance of winning the 2024 elections”, it said.

Already, former President Mahama has stressed the fact that the December 2024 polls will be a ‘do or die’ affair. A statement that sparked controversy across the political divide.

On 7 September 2021, in a radio interview in Techiman, Mr Mahama said the NDC had learnt its lessons from the 2020 elections.

According to him, the party will be vigilant at the polling stations and collation centres.

At the polling station, “it will be do or die”, he said.

Clarifying that he was not referring to “all die be die”, he reiterated that it would be “do or die.

He explained that the NDC would not wait for court processes to insist on doing the right thing.

Read the full report below..