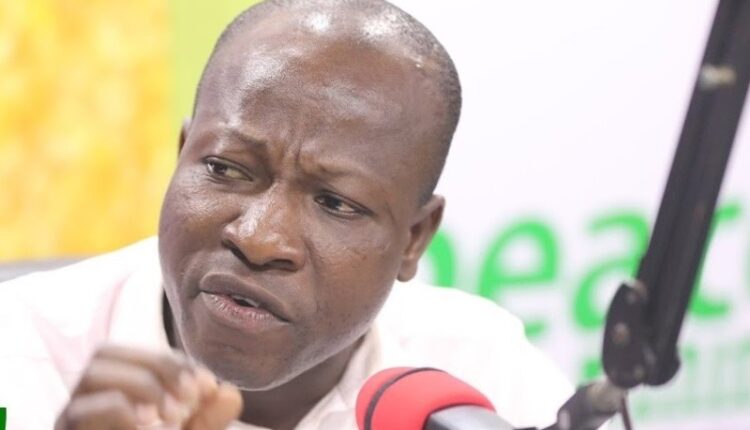 ‘NDC will not abolish E-Levy, its a fallacy’ – Kabila

He, therefore, described it as a fallacy and a means to only canvass votes.

In an address to some party members on Monday, 2 May 2022, Mr Mahama promised that a future National Democratic Congress (NDC) will cancel the E-levy.

“We in the NDC do not oppose taxation as a principle. We will not be pretentious and couch fanciful slogans to condemn the principle of taxation like the NPP did in the past. We are, however, implacably opposed to distortion and burdensome taxes like the e-levy that only force Ghanaians to endure more suffering.

“A new National Democratic Congress Government, God willing and with the votes of the sovereign people of Ghana – in 2025 – will repeal the E-Levy Act,” he assured.

However, Mr Bonfeh insists that the NDC might not even win the elections.

“They may never get the chance to do that…and if they got the chance, they surely will not abolish it. Mark my words,” he said on TV3 on Wednesday, May 4.

Meanwhile, the Ghana Revenue Authority (GRA) on Sunday, 1 May 2022, began implementation of the controversial Electronic Transaction Levy – with many Ghanaians still expressing their displeasure and disapproval.

With the delayed start to implementation due to significant opposition to the levy in parliament by the minority, reduction in the rate from 1.75 percent to 1.5 percent and the negative sentiments that heralded the levy’s proposal last year, the target of GH¢6.9billion expected in revenues has now been revised to GH¢4.5billion.

The Minority in Parliament had earlier on April 19,  filed an application at the Supreme Court to place an injunction on the start of the E-levy deductions but a motion in response to the application by the Attorney General has described the main application as incompetent and waste of time.

At a hearing of the application on Wednesday, May 4, a seven-member Supreme Court panel dismissed it.

The E Levy is charged at the rate of 1 50% on the following transactions:

The Levy does not apply to the following types of transfers:

The levy had divided Parliament, with the Majority pushing for approval while the Minority kicked against it.

The Chamber turned chaotic as MPs pushed, shoved and punched each other during the heated exchanges that many observers have since condemned.