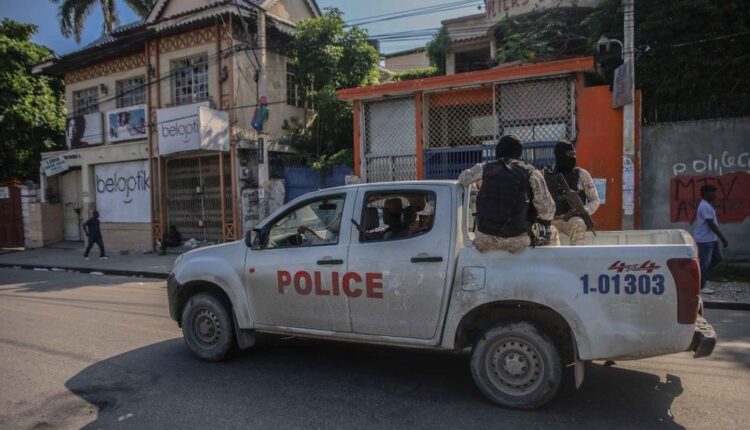 Nearly 800 kidnappings have been reported in Haiti so far this year, a local group says, as gangs expand their control amid political instability.

The Center for Analysis and Research in Human Rights (CARDH) said 119 people were abducted in the first half of this month alone.

People from all walks of life, both local and foreign, have been targeted.

The most recent high-profile case involves 17 missionaries from the US and Canada, kidnapped last weekend.

The security situation in Haiti, which was already precarious, has deteriorated significantly since the assassination of President Jovenel Moïse in July. Rival factions are fighting to gain control of the country in the face of a struggling police force.

“Citizens do not trust the Haitian national police and this poses a problem because we cannot have an efficient police force if the population does not collaborate,” Gedeon Jean, the CARDH director, told AFP news agency.

“According to our statistics, there are at least two policemen in every large armed group: some policemen are active in gangs and others provide cover, allowing gangs to operate, or they share information with them.”

CARDH said at least 782 kidnappings were reported this year to 16 October, compared with 796 cases in the whole of 2020. The actual numbers were likely to be much higher, it said, as many people do not report abductions, fearing retaliation from the gangs.

The rise in violence and a dire economic situation, made worse by several natural disasters in recent years, have led to a growing number of Haitians seek opportunities in other countries.

On Saturday, the missionaries from the Ohio-based Christian Aid Ministries were returning from a visit to an orphanage when their bus was seized by members of the 400 Mazowo gang in Ganthier, a town east of the capital, Port-au-Prince.

Ganthier is located in the Croix-des-Bouquets area which is controlled by the gang. The kidnappers are demanding $1m (£725,000) in ransom for each hostage.

All of those kidnapped are US citizens, except one who is a Canadian national. Among those seized are five men, seven women and five children, the youngest reported to be two years old.

Seizing vehicles and all of their occupants for ransom is one of the main activities the 400 Mazowo uses to finance itself. In April, the gang abducted a group of Catholic clergy, who were later released. It is not clear if a ransom was paid.