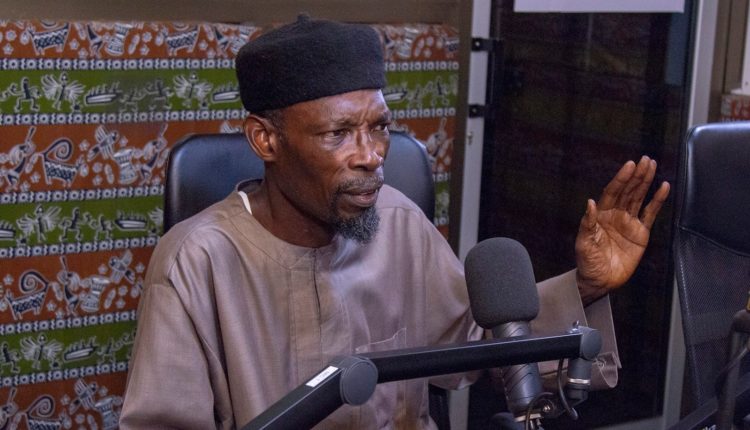 The spokesperson for the National Chief Imam, Sheik Aremeyaw Shaibu, has indicated that the new covid-19 protocols aimed at taming the spread of the virus during religious activities would pose challenges to Muslims.

He said the time of worship and crowd management would be a major challenge for the Islamic faithful.

President Akufo-Addo, as part of the new directives, announced that churches and mosques should have a maximum of 100 worshipers and worship limited to an hour.

Although the Muslim community has welcomed the news of resuming services on June 5, Sheik Shaibu argued that the partial reopening may pose some difficulties.

He enumerated the challenges in an interview on Joy News monitored by theghanareport.com.

The directive, the spokesperson said, would be easier coordinated in smaller mosques, which accommodate smaller congregations.

The difficulty, he noted, would be with the regional mosques.

“With 100 people in attendance, the regional mosques where we have the numbers exceeding 300, it will be difficult and we may have to look at it carefully.

“Assuming the Chief Imam comes to Abossoy Okai mosque, which is one of the regional mosques, who are you going to count as part of the 100,” he quizzed.

Churches and mosques to be closed down for non-compliance – Dzamesi

He also explained that Muslims were very particular about their prayer time.

“For Muslims, the prayer time is fixed…prayers can be said at 5 am or 12 noon, and once a Muslim goes outside of that fixed time, it goes to test the validity of the prayer.

“Muslims have something we call the validity of prayer and that is determined by the time by the time allocated to pray. It will be difficult to do an hour prayer directive,” he stressed.

He, therefore, advised the government to consider doing a risk assessment on the lifting restrictions on religious activities.

The move, he explained, would inform the government about either relaxing the restrictions or reinforcing them to protect the public.

Outlining the safety protocols for the mosques, the Minister for Chieftaincy and Religious Affairs, Kofi Dzamesi, among other measures strongly advocated for a ‘one prayer mat, one-man’ during prayers.

Muslims share prayer mats during prayers, but with the government pushing for adherence to social distancing, he urged the Islamic faithful to adhere to the rule.

Barely two days after President Akufo-Addo announced the reopening of churches and mosques to operate, some churches have declined organising service.

The Muslim community is yet to take a stance in adherence to the new directive.

Across the world, there are fears that the new cluster of infections could come from churches.

In Germany, for instance, a cluster of 40 coronavirus infections in the city of Frankfurt and the surrounding area have been linked back to a Baptist church service that took place on May 10, reported German news outlet der Tagesspiegel.