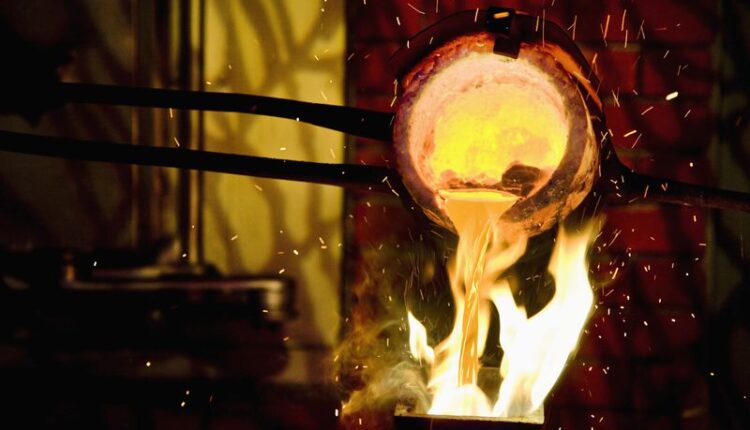 A newly constructed gold refinery aimed at adding value to the country’s gold resource is set to be operationalised by the end of the second quarter of the year.

The project which commenced in 2018 at an estimated cost of approximately $20million is a joint venture partnership between the national assayer of gold, Precious Minerals Marketing Company (PMMC) Limited and Rosy Royal limited, an Indian company.

The Managing Director of PMMC, Nana Akwasi Awuah in an interview with the Ghana News Agency disclosed that President Nana Akufo-Addo was likely to commission the facility within the first quarter or latest by the end of the second quarter of the year.

He said civil works has been completed and the needed technology had been installed with testing being conducted.
“As of December, last year, we were able to inspect progress of work there and we observed that there were engineers who had come down from Europe to come and test the machines to ensure that whatever has been installed was properly functioning” he said.

The facility which he said has the capacity of refining 400 kilogrammes of gold per day at 99 per cent purity, is expected to change the narrative of the country being a raw material exporter to one of value addition.

Beyond producing good delivery bars and feeding the local jewellery industry, the venture, Nana Awuah said, had the potential of creating jobs.

Mr Awuah indicated that work was ongoing to acquire international certification through the London Bullion Market Association (LBMA) to facilitate the process of marketing gold on the international market.

“When you look at the LBMA requirement, the minimum it will take a country to acquire its membership is three years so as we speak there is multi-stakeholder group to ensure we have been able to acquire this LBMA membership” he said.

LBMA members, are among other things, required to have an effective governance framework that ensures accountability and oversight of their business.

They are also expected to have a compliance and risk framework which identifies and manages risks associated with their engagement in the precious metals market.

He called on government to help the company improve its profitability rate by clearing its legacy debt which was estimated to be GH₵65.5 million, saying that “every month we keep paying for that debt, but it is like fetching water into a basket and when we pay it goes to set off the interest”.