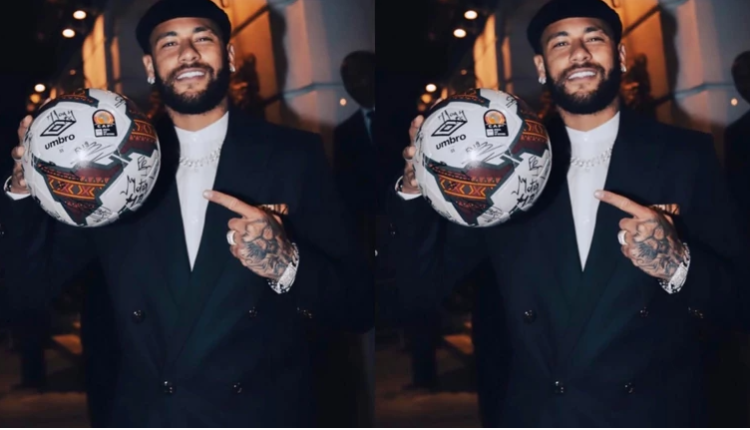 The former Barcelona and Santos forward emerged as the highest bidder at an auction that teammate Idrissa Gueye organized in Paris.

Senegal won the 2021 AFCON after defeating Egypt on penalties following a goalless draw in regulation and extra time.

Liverpool forward Sadio Mane was the hero as he scored the winning penalty in the shootout as Senegal won their first continental title in Cameroon.

Aliou Cisse’s side went on to win 4-2 on penalties after Mohamed Abdelmonem and Mohanad Lasheen missed their kicks.

Gueye decided to auction the AFCON final ball for charity, inviting a number of his PSG teammates to the ceremony, including Kylian Mbappe.

Different bids were made for the ball, but Neymar eventually won after paying €160,000 to have the right to own it.

It was purchased during an auction organised by Idrissa Gueye.

The money accrued from the auction will be used to fund HIV and cancer care for children across Africa.

The 2021 AFCON ball had the signatures of all the Senegal players who represented the country at the tournament.