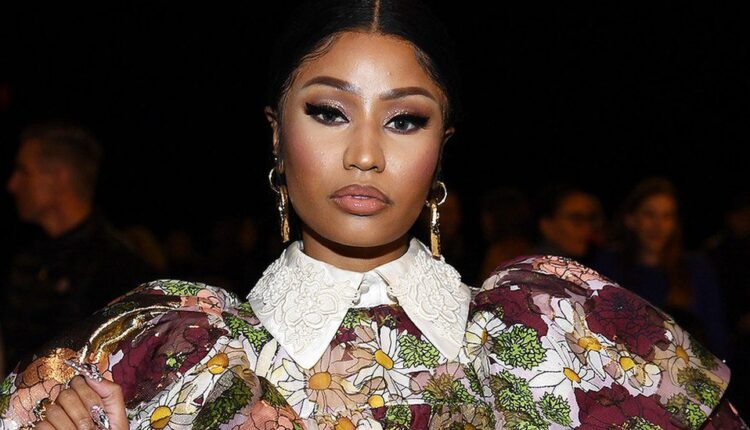 Officials in Trinidad “wasted so much time” trying to confirm Nicki Minaj’s comments about Covid jab side effects, according to a government minister.

The rapper tweeted disinformation about side effects of the coronavirus vaccine – saying that when a friend of her cousin had the jab, his testicles swelled up and he became impotent.

She claimed it happened in Trinidad.

“As we stand now, there is absolutely no reported side effect or adverse event of testicular swelling in Trinidad… and none that we know of anywhere in the world,” he said in a press conference on Wednesday.

Nicki made the claims on Twitter earlier this week.

My cousin in Trinidad won’t get the vaccine cuz his friend got it & became impotent. His testicles became swollen. His friend was weeks away from getting married, now the girl called off the wedding. So just pray on it & make sure you’re comfortable with ur decision, not bullied

Many people have pointed out that the side effects Nicki described could be those of the sexually transmitted disease, chlamydia, and the state of her cousin’s friend’s testicles has since been retweeted nearly 90,000 times.

It was brought up at a press conference with UK Prime Minister Boris Johnson.

And if that’s not enough, stick with this story to the end and BBC political editor Laura Kuenssberg, Piers Morgan and the health secretary get involved.

Professor Whitty said that Nicki “should be ashamed” when asked about people spreading misinformation online and whether coronavirus might have caused her cousin’s friend’s testicles to swell.

“There are a number of myths that fly around,” he said.

“That happens to be one of them. That is untrue.”

Boris Johnson commented that he’d rather get information on coronavirus from Dr Nikki Kanani, NHS England’s medical director of primary care, than from Nicki Minaj.

We don’t know if the rapper was watching live like a lot of people in the UK, but she saw the clip and responded – several times.

First, she accused Professor Whitty of dissing her.

Then, she recorded a voice note for Boris Johnson, pretending to be British, an Oxford graduate and former school friend of Margaret Thatcher.

🇬🇧 🇬🇧🇬🇧🇬🇧🇬🇧🇬🇧🇬🇧 send this to the prime minister & let him know they lied on me. I forgive him. No one else. Only him. 🙃 pic.twitter.com/ZmJ2sST8Es

This was shared by the BBC’s political editor Laura Kuenssberg which, among the other 29,000 retweets it received, was noticed by Nicki.

The rapper shared Laura’s comment, appearing to call her a “jack ass”, and signed off a retweet with “go away dumbo”.

Piers Morgan’s involvement is a bit of a side-note to the story, as the former Good Morning Britain host, unprompted, criticised the rapper’s comments, as “lies”, calling her “ghastly” and “one of the rudest madams I’ve ever met”.

She responded, denying she had ever met the man.

And if you thought that was the end of it – you’d be wrong.

Sajid Javid, the UK health secretary, was asked to comment on Nicki Minaj and the swollen testicles as well.

“When it comes to something as lifesaving as vaccines – in this country there are 112,000 fewer deaths we estimate because of our vaccine programme – they should be really careful about what they say and not spread untruths,” he told BBC Breakfast.

Speaking to Sky News, he said: “People that are in the public eye whether they are a celebrity or a politician or whoever they are should be very careful with their language and certainly shouldn’t be spreading untruths.”