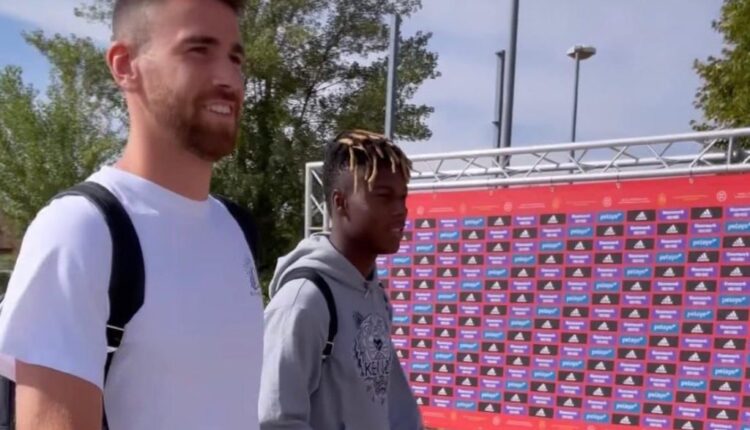 Nico Williams has accepted Spain’s invitation and reported to camp ahead of their games later this month.

Spain’s head coach Luis Enrique handed the 20-year-old his debut call-up ahead of their Nations League matches against Switzerland and Portugal, amid interest from Ghana.

The Ghana FA was keen on convincing the Athletico Bilbao forward to play for the senior national team, the Black Stars, after his senior brother Inaki Williams switched his allegiance to Ghana earlier this year, but the young winger asked for time to decide his international future.

Both siblings were born in Spain to Ghanaian parents, meaning can represent either country, and after losing Inaki to Ghana, Spain seems to be on the move to cap Nico quickly.

Nico has accepted the invitation and is expected to participate in the games.

Suppose he plays any minutes for Spain against Switzerland in Zaragoza on September 24 and Portugal three days later in Braga. In that case, he will still be eligible to represent Ghana if he does not play more than three competitive senior matches before turning 21.

His brother Inaki played 30 minutes for Spain before deciding to commit to Ghana, and he is set to make his debut on Friday against Brazil.