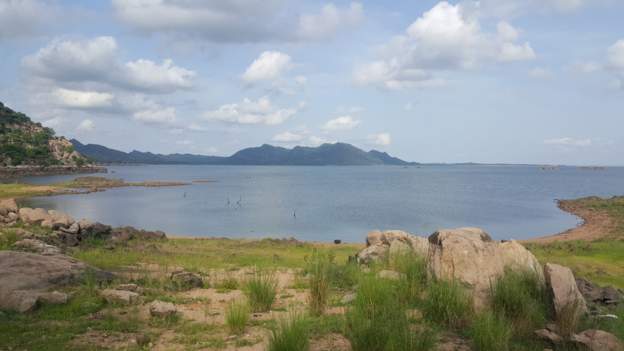 Since the start of the rainy season in July, at least 300 people have been killed and more than 100,000 others displaced.

He said the spill-over effects from Cameroon’s Lagdo dam combined with heavy rainfall could affect more states – including the oil-producing Niger Delta.

“The released water complicates the situation further downstream, as Nigeria’s inland reservoirs including Kainji, Jebba and Shiroro, are also expected to overflow between now and October ending,” Mr Ahmed said.

Heavy rains in the north-eastern Yobe State have submerged roads and swept a major bridge linking the state capital and some local government areas, the authorities said.