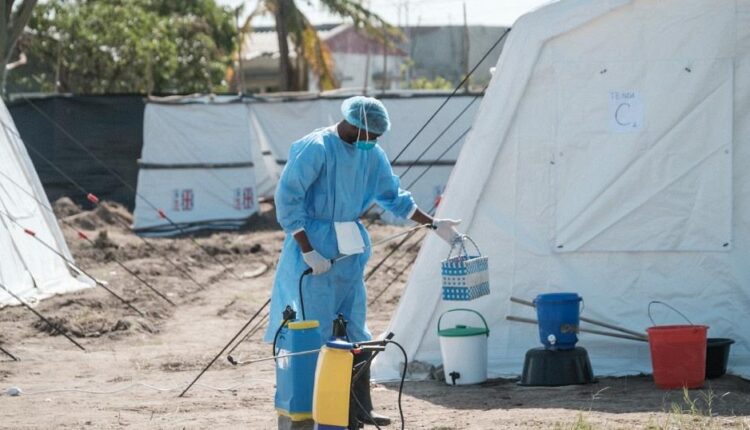 Nigeria is seeing one of its worst cholera outbreaks in years, with more than 2,300 people dying from suspected cases as the West African nation struggles to deal with its impact alongside the coronavirus pandemic.

A total of 69,925 suspected cholera infections had been recorded as of September 5 in 25 out of the country’s 36 states and the capital Abuja, according to the Nigeria Centre for Disease Control.

At least 2,323 people have died linked to the disease so far in 2021, the centre said, and there are concerns total figures may also be an undercount given that many affected communities are in hard to reach areas.

Children between the ages of 5 and 14 are also the most affected age group in this current health crisis, which has a case fatality ratio of 3.3%, more than double that of the coronavirus’ 1.3% in Nigeria.

Nigeria is still facing a third wave of the pandemic mainly driven by the delta variant, and authorities are intensifying efforts to vaccinate a population among whom less than 1% have received both doses of a COVID-19 shot.

Ese Umukoro described her “very difficult” experience of struggling to find a hospital for her brother when he became seriously ill with cholera four weeks ago.

Samson Umukoro was finally admitted to the fourth hospital they went asking for medical help.

He was released last week.

“The government should try their best to at least give us good water and the rest to avoid that kind of sickness because that sickness is not good, it is a very terrible sickness, it is a bad experience as well,” Ese Umukoro said.

States in Nigeria’s north where flooding and poor sanitation increase the risk of transmission are the hardest hit by the resurgence in cholera infections.

All the 19 states in the northern region account for 98% of the total suspected cases.

Cholera is endemic and seasonal in Africa’s most populous country where only 14% of the 200 million population have access to safely managed drinking water supply services.

According to government data from 2020, open defecation is still practiced by at least 30% of residents in 14 states.

The country continues to detect cases of yellow fever, lassa fever, measles and other infectious diseases which have become annual outbreaks.

And officials say the experience from those health crises has helped Nigeria to prepare for the worst.

Engineer Michael Oludare, an Oyo-based water scientist, said it is “very important” for authorities to look into the causes of cholera and provide basic water and sanitation facilities.

According to Oludare, the poor, women, children and internally displaced persons are among “those that will have problems when it comes to cholera.”

The government data from a study supported by UNICEF found that 157 million Nigerians are off the SDG (Sustainable Development Goals) sanitation target as of December 2019, with access to safely managed sanitation services nationwide at only 21%.