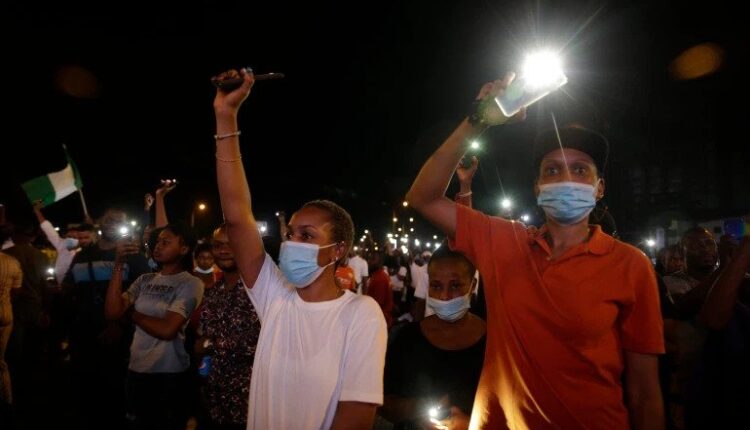 Thousands of Nigerians gathered on Sunday evening for a vigil to remember those killed by a police unit accused of physical abuse and torture.

Demonstrations against the alleged conduct of the country’s Special Anti-Robbery Squad (SARS) began earlier this month and erupted after a video circulated online showed a man being beaten, apparently by police from the unit.

On October 11, the government announced SARS was being disbanded and its officers would be redeployed to other units.

The demonstrators on Sunday waved mobile phone flashlights, held banners and chanted during the event in Lagos.

Since the demonstrations started, at least 10 people have been killed and hundreds injured, according to Amnesty International, which accuses the police of using excessive force against the demonstrators.

“I think the government is in reactionary mode and they are trying to do things to pacify that are not working because we are very clued up this generation and beyond,” a protester was quoted as saying by The Associated Press.

The unit was set up in 1984 in response to the surging number of robberies in the nation.

Many in Nigeria say the announcements do not go far enough, expressing scepticism after previous pledges to improve Nigeria’s notorious police went unfulfilled.

The demonstrators’ demands now appear to have widened to include calls for reforms across the country’s entire police system.

Protesters have called for an independent body to investigate police abuse, according to a list of demands widely shared on social media.