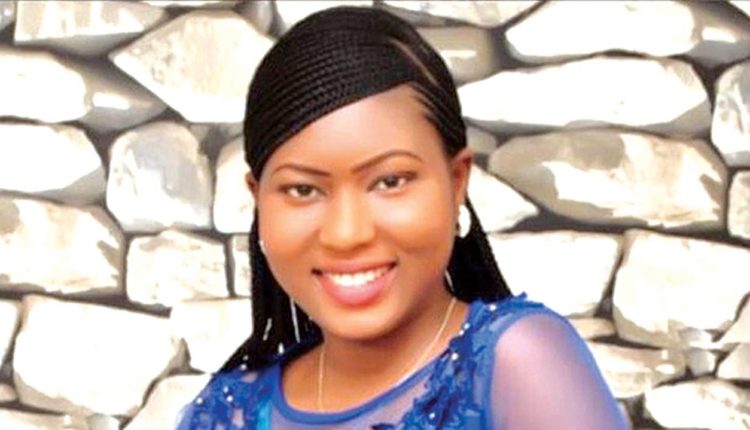 The police in Nigeria have arrested a suspect linked to the gruesome murder of 22-year-old Vera Uwaila Omozuwa.

On May 27, the first-year Microbiology student was found dead inside her church– the Redeemed Christian Church of God (RCCG).

She had gone there to read because the quietness in the church auditorium provided a conducive atmosphere for learning. This is at a time Nigerian universities remain shut because of coronavirus.

Reports suggest the University of Benin student was raped and fatally bludgeoned with a fire extinguisher.

Five days after the incident,  police in Nigeria say they have made some progress.

In a tweet that suggested some breakthrough in solving the heinous crime, the Chairman of Nigerians in Diaspora Commission (NIDCOM), Abike Dabiri-Erewa, “Police arrest suspect linked to murder of UNIBEN student.

“According to the spokesman of Edo Police Command, Chidi Nwabuzor, the suspect was arrested after the fingerprint on the fire extinguisher she was attacked with was examined. #JusticeForUwa.”

According to the spokesman of Edo Police Command, Chidi Nwabuzor, the suspect was arrested after the fingerprint on the fire extinguisher she was attacked with was examined.#JusticeForUwa

Uwaila’s death provoked outrage and sparked a renewed campaign against rape on social media, with the police and the Edo state government promising to find her killers and bring them to justice.

The hashtag #JusticeForUwa is trending in Nigeria, with her family appealing for help to track down her murderers.

If you’re in Benin find your way to the national museum. We are moving in 10 !!!! #JusticeForUwa #justiceforjennifer pic.twitter.com/fupH69Zn2q

She had been studying in a “quiet” church near her home in Benin City when she was killed, her sister, Judith, told the BBC.

The student, who had wanted to become a nurse, died in hospital on Saturday, May 30, three days after the attack.

Uwavera had only just been admitted to the University of Benin to study microbiology when she was killed.

She often went to sit and “read” at the church near her house as it was quiet, her sister added.

Unconfirmed reports in local media said a group of men had entered the church, raping Uwavera and hitting her with a fire extinguisher.

But there are some doubts about the news of the arrest.

How did the Nigerian Police arrest a suspect based on forensics and fingerprints matching, a system nobody even knows of in this country.

I just hope this suspect is the real criminal and not some innocent citizen. pic.twitter.com/qRyHbWT1dl

On Tuesday, many Nigerians were angered after a policeman allegedly shot dead a 16-year-old girl, Tina Ezekwe, in the commercial capital, Lagos.

The officer was arrested, police said.