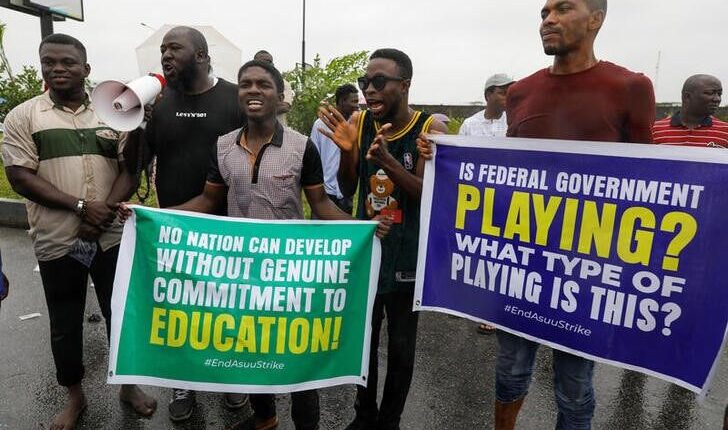 Nigeria’s Court of Appeal on Friday ordered public university lecturers to end their strike for better working conditions in the next seven days before it will hear their appeal against a ruling by a lower court.

The lecturers, who have been striking since February, last month appealed a lower court ruling ordering them to suspend their action.

Three judges of the Court of Appeal said the Academic Staff Union of Universities (ASUU) should first obey last month’s ruling by the National Industrial Court before they would hear the lecturers’ appeal.

An ASUU spokesperson did not immediately respond to Reuters phone calls and messages seeking his reaction to the court order.

President Muhammadu Buhari said in a budget speech on Friday the government was dismayed by the strike and had set aside 470 billion naira ($1.1 billion) for “revitalization and salary enhancements in the tertiary institutions” next year.

The government this week registered a splinter lecturers’ union, which wants the strike to end.

Lecturers at Nigerian public universities, attended by most university-level students in Africa’s most populous country, frequently strike for better pay.