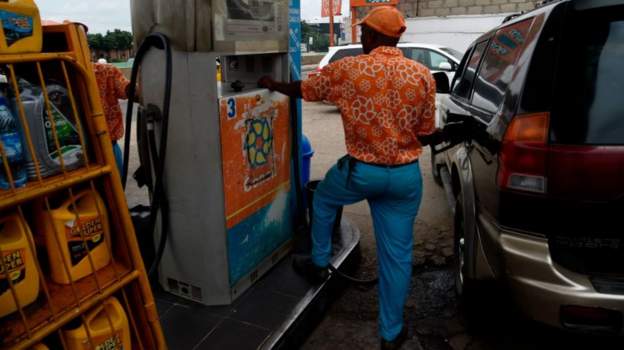 One of Nigeria’s main labour unions, the Trade Union Congress, has threatened to shut down the country if the government fails to reverse the hike in the pump price of petrol and the electricity tariff.

In a letter to President Muhammadu Buhari, the union issued a seven-day ultimatum to meet their demands or witness indefinite industrial action and national protests.

This is the first major reaction from a labour union to the tariff hikes in two key sectors introduced by the government last week.

Trade unions have also said they are concerned wages have not kept up with rising prices.

The president of the Trade Union Congress Quadri Olaleye told the BBC that increasing petrol pump prices and electricity tariffs at a time when people were losing jobs in many industries, and when businesses were adversely affected by Covid-19, is not the right decision.

He said his union is ready to mobilise its members for indefinite industrial action and national protest.

The government has now invited the union to talk.