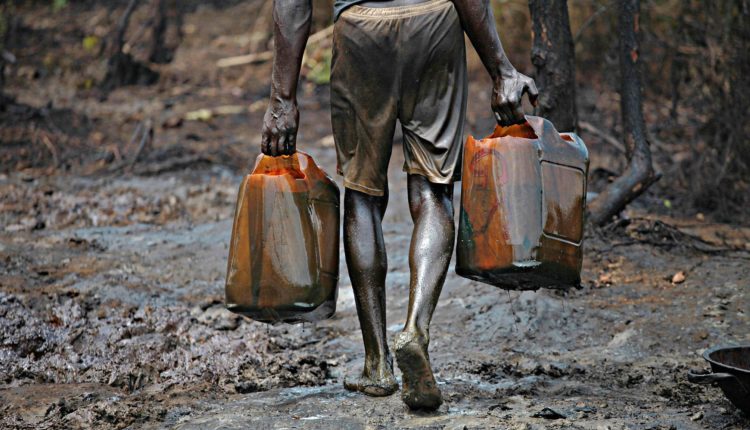 Nigeria’s Oil Industry Is Struggling To Win Back Investors

Long overdue government legislation must come into place in Nigeria if the country hopes to reform its oil industry to make it more accessible for international players and win back investment.

Bayo Ojulari, managing director at Shell Nigeria Exploration and Production Co. explained that “For every month and every week that we delay, the investment fund is moving somewhere else,” further, “We’ve got the commitment that it will come up in June. We’ve heard that before and we are waiting to see.”

Africa’s biggest oil-producing country, with an estimated 37 billion barrels of oil, has been criticized for failing to pass the PIB for so long, leaving international companies facing regulatory uncertainty. This is surprising for a country that relies on oil for around 80 percent of its earnings, churning out around 2 million bpd of crude, with the potential of producing nearer to 4 million bpd.

The reform would make the NNPC, the Nigerian oil and gas sector’s regulator, a private limited liability company, deregulating much of the sector, reducing taxes, and making Nigerian oil generally more attractive to investors.

Criticism over the delay dates back to 2016 when the Nigeria Extractive Industries Transparency Initiative (NEITI) published a report titled The Urgency of a New Petroleum Sector Law, where the group estimated that Nigeria had lost over $400 billion from not passing the 2008 law.

Nigeria’s Senate President Ahmad Lawan stated last week, “our expectation is that we’ll pass the PIB within the month of June”. But some wonder if this move is too little too late.

As the International Energy Agency (IAE) and governments around the world are pushing for a green revolution and the movement away from fossil fuels, there is not the same urgency to invest in major oil-producing countries as there once was. While the PIB could make investing in Nigerian oil more streamlined, investors are not so willing to bet big on the African state, following years of uncertainty.

The once attractive onshore oil business is no longer compatible with the objectives of several international oil firms. Royal Dutch Shell, for example, is in talks with the Nigerian government to shift away from onshore production to focus on offshore operations as they have experienced regular incidents of theft, sabotage, and oil spillage.

Other international giants, Chevron and ExxonMobil, have also reduced their operations in Nigeria in an attempt to move away from certain oil and gas projects to go green.

In May, Nigeria’s oil output hit a record low following an average first-quarter output of just over 1.4 million barrels per day, which caused oil revenues to slump by 98 percent in April. This low output is owing partly to OPEC+ cuts at the beginning of the year, but this is not the only challenge.

Several of the country’s largest oil fields, including the Niger Delta like Forcados, Bonny, Escravos, Brass River, and Qua Iboe, and offshore fields Bonga, Usan, and EA have been producing lower levels of oil because of technical or maintenance issues. Leakages in the country’s oil pipelines, owing to sabotage and generally aging infrastructure, have caused more oil to be lost.

If Nigeria hopes to profit from its substantial oil reserves over the next decade it must stop delaying industry reform and pass the PIB. However, to attract foreign investment in its crude oil, the government must also commit to increased funding to improve aging infrastructure and improve security measures for onshore production to win back oil majors who have been discouraged from continuing operations in the country.

Cedi depreciates against all three major trading currencies in Q2