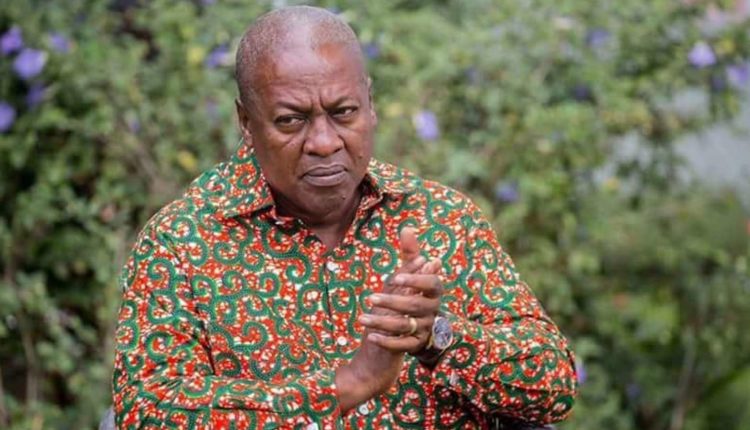 No anti-corruption journalist will be killed during my tenure – Mahama

Former President John Dramani Mahama has assured the public that journalists will not be targeted or murdered for exposing corrupt activities if he is successful in his second term bid as President.

“No journalist will be killed, live in fear or flee the country because of their investigative reporting,” Mr Mahama said on his Facebook wall on Monday, 9 December 2019, in commemoration of the 2019 International Anti-Corruption Day on the theme: “United Against Corruption”.

Mahama led Ghana from January 2013 to January 2017 and is seeking a comeback in next year’s elections.

According to Mr Mahama, a National Democratic Congress (NDC) government led by him “will strengthen and make the anti-corruption agencies work without fear or favour”.

He said they “shall protect the rights of our people to expose corruption and undertake to investigate credible allegations that come to our attention”.

Mr Mahama expressed worry over recent corruption trends and noted that: “Sadly, recent surveys are confirming that we are losing the fight against corruption”.

Ex-President Mahama is convinced that: “If we are to win the fight against corruption, the government must stop making excuses as a coverup for the increasing cases of corruption. President Akufo-Addo’s practice of ‘clearing’ corrupt appointees and hampering investigations must stop”.

Former President Mahama’s post comes on the back of the gruesome murder of Ghanaian undercover journalist Ahmed Hussein-Suale, who was  colleague of celebrated undercover reporter Anas Aremeyaw Anas.

He was murdered in cold blood on Wednesday, 16 January 2019 when unidentified men on motorbikes shot him three times, twice in the chest and once in his neck in his vehicle.

The deceased was key in the Number 12 documentary which exposed corruption in African football leading to the suspension of former Ghana Football Association (GFA) President, Kwesi Nyantakyi.

The perpetrators of the crime are yet to be prosecuted almost one year after the incident.

Besides the murder, several journalists have been threatened for their roles related to reports on corruption with some having to flee from their homes including seeking refuge outside the country.
Investigative journalist, Manasseh Azure Awuni, a former Multimedia staff, had to travel abroad for his safety following vicious attacks by critics who were unhappy about his documentary titled ‘militia in the heart of the nation.
The documentary catalogued the presence and activities of alleged pro-government militia at the former seat of government, Christiansborg Castle.

The government denied the allegations.

Additionally, Starr FM’s Edward Adeti, had to abandon his home and flee with his family after rejecting gifts and publishing an exposé on a court case leading to the judge recusing himself on a case involving officials of the Shaanxi Mining Ghana Limited.
Minister of State at the Presidency, Rockson Bujari, was also compelled to resign following the scandal after he was allegedly captured on a tape convincing the journalist to drop the story because of his affiliation to the judge on the case and the officials of the company.
Source The Ghana Report/ Dave Alamisi
Anti-corruptionJohn Dramani MahamaKilled journalists in GhanaSDGs
You might also like