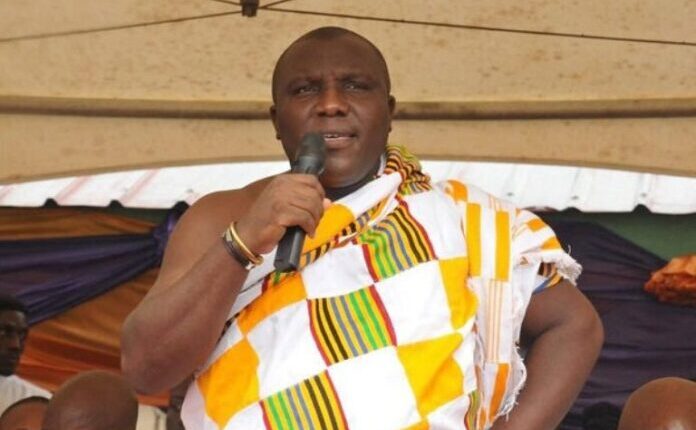 The Eastern Regional Minister, Seth Kwame Acheampong, has dispelled rumours of ritual murders within his jurisdiction.

A video depicting ritual murders went viral on social media, with commentators suggesting it occurred in the regional capital, Koforidua.

The horrific footage of the barbaric act showed a naked woman who was beheaded with a machete as she struggled while pinned down with her hands tied together.

The perpetrators further cut her private parts as another person recorded the whole process on the phone.

The video was linked to the burial and final funeral rites of the late Paramount Chief of the New Juaben Traditional Area, Daasebre Oti Boateng and the Queenmother, Nana Yaa Daani.

As a common custom in many traditional areas, residents were ordered to remain indoors ahead of the ceremony.

Consequently, some individuals have suggested that the heinous crime may have been committed around the period.

However, the minister, who also holds the position as the chair of the Eastern Regional Security Council (REGSEC), has described the report as untrue.

“…the entire report and video with an unknown source being circulated in the social media purported to have happened in Koforidua in the Eastern Region is totally false and must be treated with the contempt that it deserves,” a statement on 19 May 2022 clarified.

READ ALSO: The Top 10 Ritual Murder Cases That Struck Fear Across The Country

The release said the announcement advising the public to stay away on the night of Monday, 16 May 2022, was in line with customs and tradition to pay respect to the deceased traditional rulers.

The statement added that a number of security personnel were deployed at the funeral grounds.

The presence of the law enforcement officers was extended to Koforidua to ensure incident-free burial rites.

“REGSEC wishes to indicate that the region is safe and peaceful,” the statement added.

Ghana has not been devoid of ritual murders in the past.

Below are some cases of ritual murders:

A 10-year-old boy, Ishmael Mensah Abdallah, was murdered in cold blood for ritual purposes on 3 April.

The couple and the prophetess took the baby to the backyard of a tenant near a stream called Gyankobeng. At about 12:20 am on 27 May, they dug a grave, performed rituals on the child, and buried him alive.

Police in Sunyani arrested a 23-year-old fashion designer, Benjamin Adjei, for attempting to sacrifice his 13-year-old nephew for money rituals on 15 May.

A handbag containing one cutlass, a knife, red calico, one pot, some cola nuts, cowries, and a cash sum of GH₵ 300.00 were recovered from him.

Police in Ashanti Region picked up Rashid Ibrahim on Sunday, 4 July, indicating that the suspect who was motivated by riches had confessed to the crime.