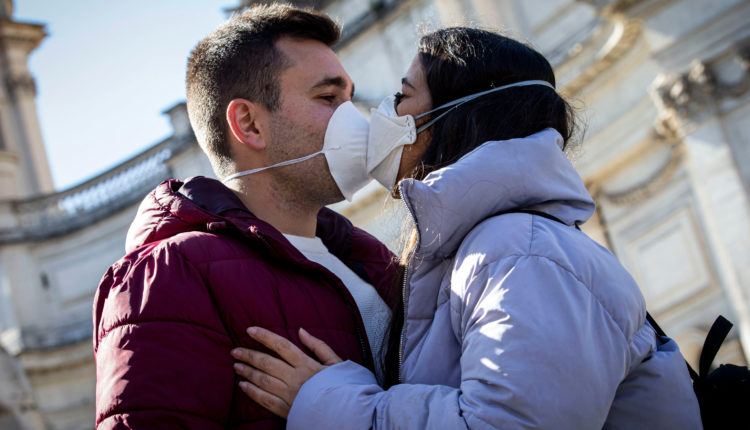 The public has been advised to stop kissing temporarily to avoid the spread of the deadly coronavirus.

A leading UK scientist, Lord Winston, said people should desist from any form of a friendly gesture.

In a Dailymail publication, Lord Winston suggested, “It seems to me that simply not shaking hands is only part of the problem, but social kissing is something we should not be doing.”

He said this during a Westminster debate on Tuesday.

He recounted how people had tried to plant a kiss on him on arrival for the debate but warned them, “it was something that we should not be doing.”

“We have to realise, we should not be touching our nose, mouth, and eyes,” he stressed.

Dirty banknotes may be spreading the coronavirus – WHO warns

Tory Lord Bethell, who cautioned against the practice, echoed Lord Winston’s concerns, and also pointed out the “real problem” was people touching their nose on average up to 100 times a day.

He explained, “If your hands are clean, it doesn’t matter how many times you touch your nose but if they are dirty, whether through shaking hands or by touching a door handle or whatever it is, the germs are there and they can be conveyed.”

Meanwhile, the Italian health ministry has announced a ban on kissing to stop the spread of the coronavirus.

Prime Minister Giuseppe Conte’s government has provided rules for the entire nation that included advice on not to kiss, hug or even shake hands.

Another country to join the no kissing ban is France.

French ministers have urged people to cease greeting each other with customary kisses.

French Health Minister, Olivier Veran, urged people to cut back on “la bise”, the custom of greeting people with kisses, or air kisses, on the cheeks.

The country has also imposed a ban on all indoor public gatherings of over 5,000 people to slow down the spread of the virus.

What To Consider When Determining Your Future Career

How Reading My Favorite Book Changed My Life

What The Colors You Wear Secretly Say About Your Personality

The Pros and Cons of Deadlines