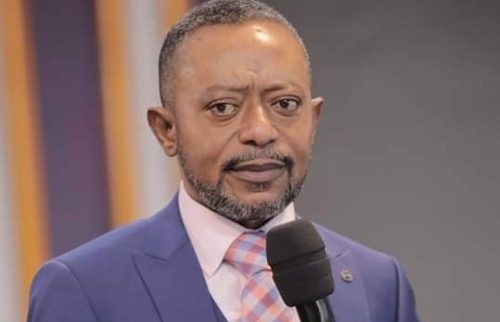 The trial of Glorious Word Power Ministries International Leader Reverend Isaac Owusu Bempah and three others could not proceed as expected on Wednesday, 19 January 2022.

The Accra Circuit Court presided over by Rosemond Baah Torsu was compelled to adjourn the case to 2 February 2022 after the Owusu Bempah failed to show up.

The accused had written to the court, explaining his inability to attend Wednesday’s proceedings.

At the last adjourned date, the prosecutor had informed the court of successfully filing and serving all the accused persons with the necessary disclosures and witness statements to be used for the trial.

Today, the team was expected to call their first witness Okaija Welbeck Dauda, a police officer.

Rev Owusu Bempah, together with Michael Boateng, Frederick Ohene, and Nathaniel Agyekum, have all pleaded not guilty to two charges, each of abetment to cause harm and unlawful damage.

On 9 September, this year, at about 5:30 pm, the New Weija Police District Command received a distress call from Godfred Antwi of House number 36, Atta Mills Road, Aplaku, a suburb of Weija that at about 3:30 pm same day, Owusu Bempah in the company of about 45 well-built men besieged the Thunder Plaza at Weija belonging to the complainant to attack her.

The police visited the scene and saw the men holding cutlasses and other offensive weapons against occupants at the house.

However, the situation was brought under control, and the complainant and Owusu Bempah were invited to the police station.

According to the facts, Owusu Bempah ignored the police and drove off with his men.

The Weija Police Divisional Command officially wrote to Owusu Bempah to report to assist in investigations, but he refused to accept the letter.

On 12 September this year, the police identified some young men, including Mensah Ofori, an Associate Pastor of Owusu Bempah’s church, as two of the people in a viral video threatening the complainant brandishing a pistol.

Another team of policemen in plainclothes also arrested Mensah Ofori, Berchie, Boateng, and Ohene and were taken to the Dansoman Police Station.

The prosecution narrated that the church members beat up the officers amidst the firing of gunshots, disarmed the police with two service rifles, and vandalised the police vehicle.