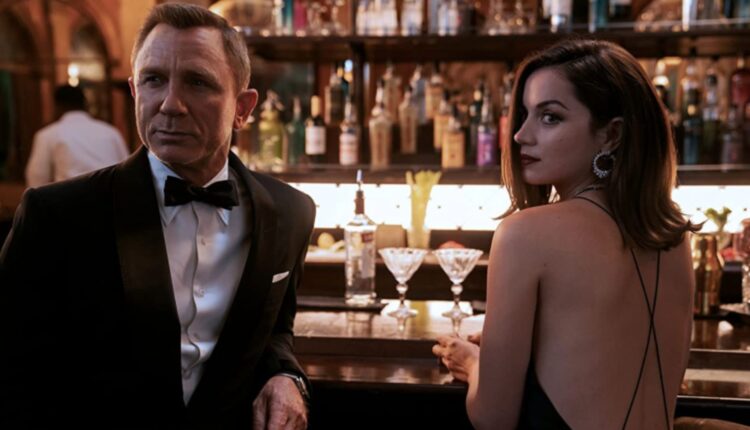 ‘No Time to Die’ has a muted opening for James Bond

“No Time to Die,” the latest entry in the James Bond franchise, notched an estimated $56 million at the North American box office this weekend, according to its studio, MGM.

That number met the studio’s expectations for the film, which stood at $55 million to $60 million going into the weekend, but was nonetheless a somewhat muted performance for the Bond brand — one of the most lucrative franchises in Hollywood history.

In short, with “No Time to Die” as the final film of the Daniel Craig era and one of the most anticipated films of the year, the results are solid but a bit soft for 007. Keeping with the Bond theme, Hollywood, theater owners and MGM are likely neither shaken nor stirred by this result.

The film has already racked up $313 million at the worldwide box office since opening internationally last week.

The totals for “No Time to Die” are ultimately fine, but with all of the attention — and good reviews — there were some analysts who felt it could exceed expectations.

Why it didn’t is likely due to several factors.

For starters, the pandemic is still ongoing which makes projecting box office returns week-to-week a bit of a gamble. The film is also fairly long, clocking in at two hours and 43 minutes. That type of duration could have stifled the number of screenings the film had, despite opening in 4,407 theaters.

And Bond fans skew older than, say, Marvel lovers, so audiences may wait until next week or longer to see the film.

In the end, this weekend gives Craig the second-lowest opening of his run as Bond. Only his first film, 2006’s “Casino Royale,” earned less in its debut, according to Comscore (SCOR).

“Expectations certainly ran high for ‘No Time to Die,'” Paul Dergarabedian, senior analyst at Comscore, told CNN Business. “While the long running time may have played a role in this weekend’s performance, it also is reflective of the fact that the more mature moviegoer — who has an interest in the Bond franchise — generally take their time to get out to the movie theater.”
He added that the film will “likely be taking its time to build its box office.”
Now, theaters look to next week as another of cinema’s most iconic names — Michael Myers — returns in Universal’s “Halloween Kills.” The horror film starring Jamie Lee Curtis hits theaters and the streaming service Peacock on Friday.
Daniel CraigJames BondNo Time to Die