‘Nobody can claim a part of Ghana’ – Mahama slams separatist group

Former President John Dramani Mahama has served notice to the secessionist group agitating for the creation of a new country, the Western Togoland, that it has no right to claim any part of Ghana.

According to the flagbearer of the opposition National Democratic Congress (NDC), the rest of the country will not sit aloof and watch them divide the country.

John Mahama, while addressing a gathering in the Bono Region during his campaign noted that the beauty of Ghana is the harmony with which its citizens have cohabited among themselves over the years.

“Just a few days ago, some unknown persons came to block roads claiming that Volta region is theirs so they want their independence. Ghana’s land belongs to Ghana, Ghana is a sovereign republic and nobody can claim a part of Ghana. When Rawlings built Ghana, we were all part.

“All of us come together to make Ghana so we cannot sit aloof and watch some people take Ghana. If it’s so, then everyone will trace their history and come for a part of their share which will not be a good thing. What brings us together is the fact that we are all Ghanaians,” he said.

His comments come on the back of attacks by the separatist group, Western Togoland.

They burnt down two inter-city STC buses and assaulted the drivers.

The station manager, Ahiafo, told reporters he rushed to see the vehicles on fire at about 2 am.

He said the station has suspended bus services indefinitely, awaiting directions from Accra. 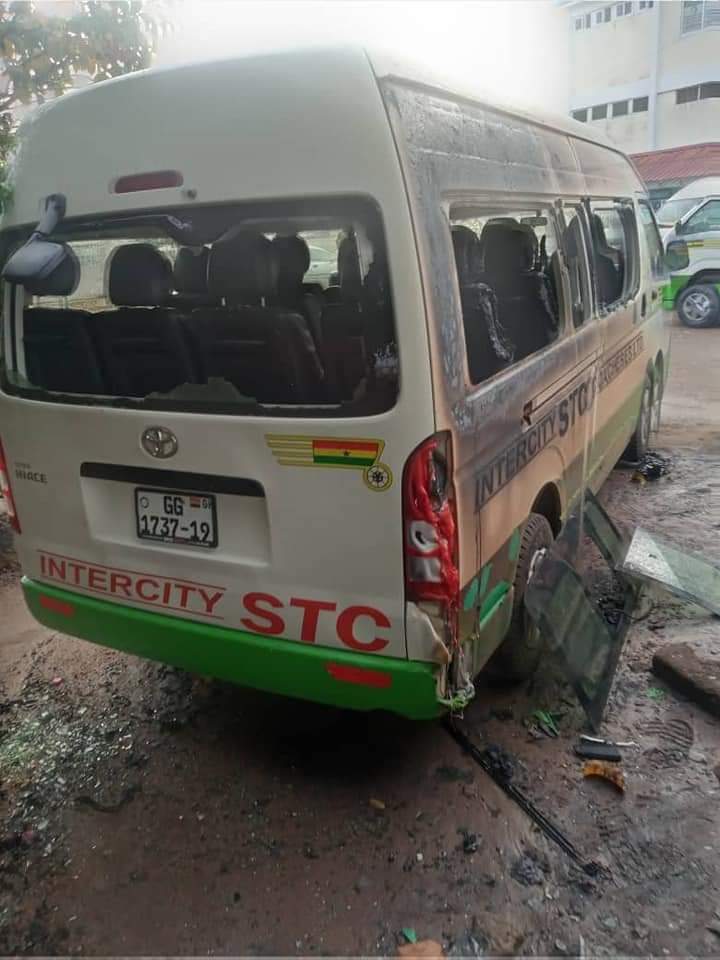 The attack is the second four days.

It also comes barely a day after 31 suspects were charged over disturbances in the Volta Region last Friday.

The secessionists have turned the notch of their demands higher, resorting to violence.

Before that, they would give public speeches and post photos of emblems, signages of what they called the Western Togoland state.

The police have said it has begun investigations into the attack by the separatist movement, Western Togoland.

In a Facebook post, the police said “four armed men stormed Ho STC yard demanding the keys to all the vehicles parked and set two of the minibuses ablaze when the drivers did not produce the keys. The arrival of Police and Fire Service personnel saved the situation.

“Preliminary investigation shows that there were 11 vehicles parked at the time of the incident. One bus was completely burnt and another slightly burnt. A flag of the group which calls itself “Western Togoland” was found at the scene,” the police added.