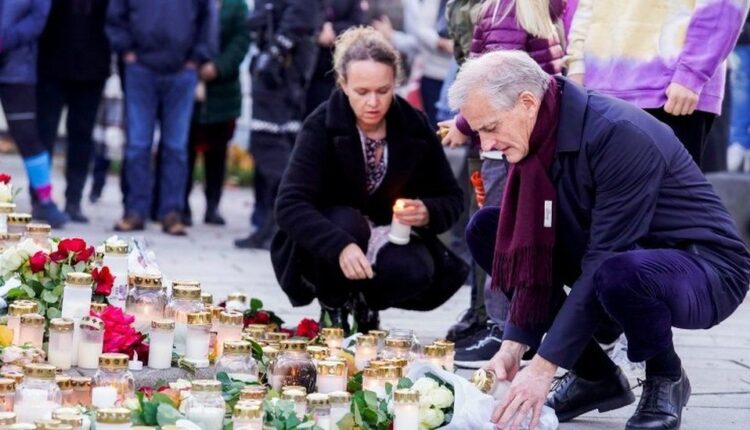 A bow-and-arrow attack that killed five people in Norway this week is likely to have been due to the killer’s mental illness, police say.

Espen Andersen Brathen has admitted going on a killing spree in the small town of Kongsberg on Wednesday.

It was the worst attack in Norway since far-right extremist Anders Breivik massacred 77 people a decade ago.

The suspect, a Danish Muslim convert, is now in custody in a medical facility pending a psychiatric evaluation.

“The strongest hypothesis after the first days of the investigation is that illness is in the background,” said police inspector Per Thomas Omholt.

However, police are investigating a range of motives including “anger, revenge, impulse, jihad, illness and provocation”, Mr Omholt said.

He added that Brathen had admitted to the killings but did not admit guilt.

A full psychiatric evaluation is necessary to determine whether Brathen can be held legally responsible for his actions. This could take several months.

“This indicates that things are not exactly as they should be,” said his lawyer, Fredrik Neumann, referring to his client’s mental health.

“A complete judicial assessment will clarify that,” he told Norwegian daily VG.

The head of Norway’s PST intelligence service, Hans Sverre Sjovold, said Brathen had been in and out of Norway’s healthcare system “for some time”.

Brathan was known to PST, which is in charge of Norway’s anti-terrorism efforts, but it is as yet unclear why.

Five people were killed and three others injured, including an off-duty police officer, in Kongsberg, which is about 80km (49 miles) south-west of the capital, Oslo.

Police first received a report of a man shooting at people with a bow and arrows at 18:12 local time (16:12 GMT) on Wednesday. Shortly afterwards, officers arrived on the scene.

The officers were then shot at with arrows before the attacker escaped. Attacks were subsequently reported in different locations.

Police have said the victims were most likely killed after officers first confronted the attacker.

The suspect was arrested at 18:45 – 35 minutes after the attack began. Warning shots were fired during the arrest, police said.

Norwegian media questioned why it took police more than half an hour to arrest the suspect after the first reports of an attack. Mr Saeverud said it had been a “confusing” situation.