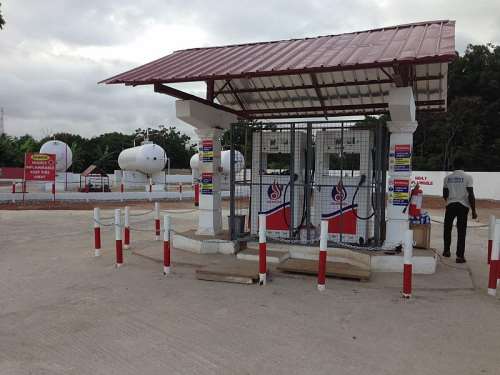 The National Petroleum Authority (NPA) has lifted the ban on the construction of new Liquefied Petroleum Gas (LPG) outlets countrywide after days of protests by gas marketers and tanker drivers.

In a letter addressed to the LPG Marketers Association of Ghana, NPA announced the lifting of the directive on 3 August 2022.

“We are pleased to inform you that Cabinet at its 35th Sitting, held on 3 August 2022, has granted a special dispensation to allow the completion of the construction of stranded LPG stations across the country that were affected by the ban on the construction and operation of new LPG facilities in 2017,” the letter stated.

Chief Executive of the NPA, Dr. Mustapha Abdul-Hamid, who signed the letter, also asked the affected stakeholders to resubmit their applications.

“We are therefore by a copy of this letter requesting all OMCs/ LPGMCs who were affected by this directive to resubmit their applications to the Authority, ” he added.

The ban had been in place since 2017 following the Atomic Junction explosion that claimed lives and destroyed properties.

The government had explained that the ban was aimed at sanitizing the space and also ensuring that the required protocols were followed through.

It will be recalled that the Gas Tanker Drivers Association declared a sit-down strike nationwide on Monday, 1 August 2022.

That strike was to push the government to lift the ban on the establishment of new LPG stations and the poor treatment meted out to them by NPA and Bulk Oil Storage and Transportation Company Limited (BOST).

On Tuesday, 2 August 2022, the LPG Marketers Association of Ghana and other petroleum products tanker drivers joined the strike in solidarity.

This led to the shutting down of some pumps at several distribution outlets.

According to the marketing association, the ban had plunged some members into debt.

The Chairman of the Tanker Drivers Association, George Nyaunu, said this escalation was necessary to stress their demands.

“We don’t want to take the country to ransom, but with this indication… failing to address the issue, the white product drivers will also join,” he said.

The closure of the stations left several consumers, including domestic and commercial users, stranded at gas stations across the country.

They called on the government to resolve all issues with the striking parties to immediately ensure the gas supply.