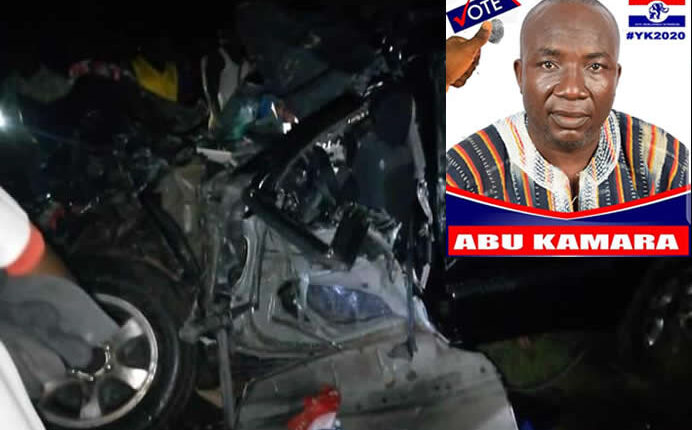 The NPP parliamentary candidate for the Yapei/Kasawgu constituency in the Savannah Region has died in a car accident with two others Friday night.

Abu Mahama Abudu, also known as Abu Kamara, and his aide Kotochi Makers died in an accident at Datope near Tamale, the constituency confirmed in a statement sighted by theghanareport.com.

He becomes the second NPP parliamentary candidate to have died within a week. Last week Friday, the NPP MP for Mfantseman constituency in the Central region, Ekow Hayford was killed in a dawn attack by suspected armed robbers.

The 2020 parliamentary elections is barely 50 days away.

Who was Abu Kamara? 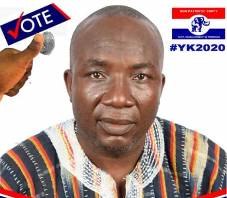 He was 42 years at the time of contesting the NPP primaries in July 2019.

The politician is survived by a wife and two children.

Abu Kamara was a senior accounts officer at the National Health Insurance Scheme in the Northern Regional capital of Tamale.

Mr Abu Mahama, a native of Buipe in the Yapei-Kusawgu constituency. He started his basic education at Buipe E/A Primary School, Buipe D/A JHS and proceeded to Tamale Secondary School.

Mr Abu Mahama has an MBA in Finance from the Wisconsin International University College; BSc. Hospitality Management from the Ghana Institute of Management and Public Administration.

His contributions to the party in the Yapei-Kusawgu constituency was well known. 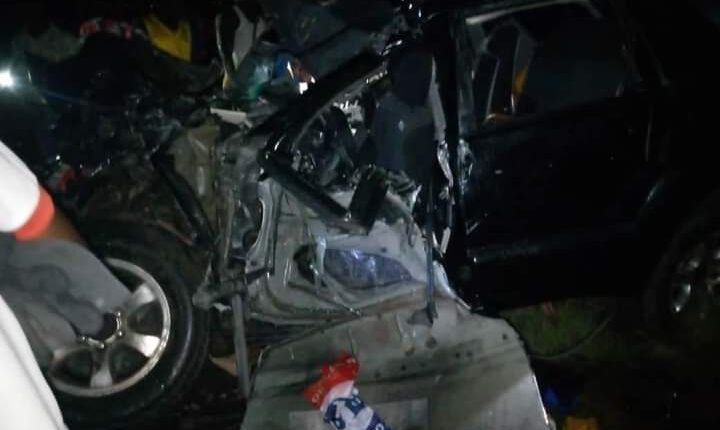 Mr. Abu Kamara was a co-ordinator and constituency collation agent for the 2012 and 2016 elections.

The Yapei- Kusawgu constituency is an NDC safe seat is held by the MP, John Abudulai Jinapor.

The Yapei-Kusawgu Constituency is one of the seven constituencies in the Savannah Region.

It is the most populous constituency in the region with 62,313 registered voters in the recently held voter registration exercise.

It is known as the industrial hub of the Savannah belt as it plays host to the Savanna Diamond Cement, Shea Butter Processing Factory, and the BOST Depot in Buipe.

It also has the Black Volta flowing through the community.

Since its creation in 1992, the Constituency has produced only two members of Parliament (MPs) and the NDC has always won the seat.

Alhaji Amadu Seidu is the first and longest MP to annex the seat in 1992.

But in 2016, the six-term MP stepped down from contesting, thereby making way for the former Deputy Power Minister, John Jinapor took over.

He won over 62% of the valid votes cast.